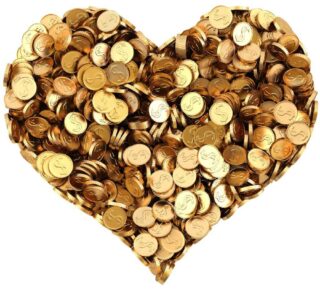 Love in the time of inflation: Perhaps love does cost a thing

They say “love doesn’t cost a thing”, but we always spend our time and money to show affection. So how easy is it to express your love when the system takes both away from you?

When Rachael Adegboye, a 34-year-old banker, had her first child in 2018, she felt her world light up. At that moment, she couldn’t feel the rush of anxiety that had overwhelmed her before her delivery. All that mattered was the tiny baby girl in her hands. “I had dreamt of that moment for so long, so it was a dream come true,” she said. Understandably, it was love at first sight, and she was ready to spend her life loving this child. What Rachael did not envisage was that her country’s economy would become the biggest threat to her love.

Rachael has always been known for her frugal lifestyle. Even before climbing up the banking ladder, when she earned below minimum wage as a school teacher, she always saved a portion of her earnings. So it’s no surprise that she had been saving aggressively towards becoming a mother. The plan was not just to have enough to cater for her children but to resign and start a fashion design business. “I had learnt fashion design a few years before, and I was good at it. I thought I’d work for a short while and go back to it,” she said. “I wanted to have time for my family. My husband is a very busy man, and he travels a lot. I didn’t want my children to grow up with absent parents.”

However, her plans came under test when she realised that her savings weren’t enough to buy her resignation from the bank. “My husband and I planned to relocate outside Lagos. He would focus on his farming business, I’d build a fashion brand, and we’ll both have time for our children,” she said. “We already started with some of these plans, but it’s now becoming overwhelming. Things are too expensive. I can’t save as much as I used to because I now spend a lot on basic needs.”

In 2020, when Rachel had her second child, Nigeria’s official inflation rate climbed to 17 per cent. What this meant for her was that her savings were now 17 per cent less valuable. Her first foray into investments only worsened her cash crunch as she fell victim to investment scammers. “I just wanted to preserve and grow my money, but I lost it. I’ve always been good at saving, but it’s now clear that saving is not enough.” Fast forward to this day, Rachael still can’t quit her day job. Aside from dealing with the pressure of the growing cost of living, her familial obligations are rising. “Business has been slow for my husband,” she said. “Weather changes and insecurity are affecting his productivity. It’s just not a good time to quit my job. He needs my support.” The cost of her decision is that there is only a little time for the family to spend together. “The children live with their grandparents now because we (the parents) are hardly around. We only have time on the weekends. We know we need to start spending more time with the children. But we also want to be able to take care of their needs.”

Like Rachael, many Nigerians struggle with their love lives because the economy constrains them. While 33 per cent of its labour force is unemployed, 23 per cent underemployed (working 20-29 hours per week), employment is not enough to get Nigerians out of poverty. Consequently, most Nigerians are working and getting poorer. The recent World Bank Poverty Assessment even shows that poor Nigerians are more likely to be employed than wealthier Nigerians. One of the reasons is that most employed Nigerians do not receive an adequate welfare structure. For instance, between 2018 and 2019, only three out of every ten wage workers had a pension, two had health insurance, and four got a paid holiday. So for most of them, it seems risky to spend as much time and money on their loved ones as they want to. However, this tale doesn’t end with employed workers.

Osaze and Bolouere Smart have had an eventful love story. The first time they met, Osaze, a car dealer, kept his financial status a secret from Bolouere. “I wanted to be sure that she wasn’t around for the money,” Osaze said. “It’s not like I was so rich, but I wasn’t as broke as I portrayed.” That chapter didn’t end well: they separated after one year. But four years later, they reunited, and this time for good. One year after their marriage, money brings a new test to their love life. But this time, it’s neither of them at fault — it’s the economy.

In 2021, the naira declined to a record low against the dollar. One of the results of this event was that the costs of importing vehicles skyrocketed, making Osaze’s business more challenging to run. “I earn in naira. Meanwhile, the dollar rates affect how much I make,” he said. Cars became more expensive to buy and maintain, causing his earnings to drop.

The natural instinct of the family was to cut down on spending. But while this measure helped them save money for their most necessary expenses, it also removed many colours of excitement from them. “I love going to the beach,” said Bolouere. “But because we’ve become so cautious of how we spend, we haven’t gone in a while. I don’t even bring it up with my husband because I know the look I’d see on his face. Instead, we go for cheaper options. We could go to a park where we won’t spend much and enjoy each other’s company. But I miss us going to the beach. We also used to go to the mall, where we’d play games and watch movies, but we haven’t been able to do that for a while now.”

“Before business started slowing down, I planned to organise a surprise vacation,” said Osaze. “We were supposed to travel out of the country, possibly to Senegal, Ghana or any other interesting place, for at least a week. But things are not the same now. All of that has suddenly become too expensive.”

The Adegboye and the Smart families do not share the same story. For one, Osaze spends more quality time at home with the family. Howbeit, they both have one thing in common: family means everything to them. The problem is, in a world where gifts and quality time are love languages, inflation influences just how much love people can express. While neither of them is backing down on giving the best to their loved ones, they have accepted that Nigeria’s economy is a part of their love story.