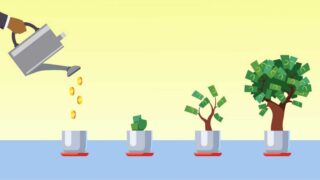 Why do Nigerians keep falling for investment scams?

Stephen (not his real name) has always dreamed of being an investor. He always wanted to know what it meant to watch his money grow. In 2020, he saw an advert on Facebook, one with the semblance of his dream life. “I had just completed my NYSC, and I was curious about what next to do”, said Stephen. “I had N100,000 in savings, so I thought I was ready for this new phase. When I saw a friend of mine endorse Titan FX on Facebook, I got interested. I knew he didn’t approve scams, so I heard him out. The company promised 25 per cent monthly returns on investments, and they looked legit.”

Titan FX claimed it could help investors grow their wealth by trading the forex markets. Their offer was mouth-watering, and the entry barrier was low. With just N50,000, you could also be an “investor”. Stephen put in half of his savings, and like magic, he got his first reward. The second, third and fourth came in as well, and he thought he had hit the jackpot. “I decided to increase my deposits. I thought this could be a steady source of income as I didn’t have a job. So I took a loan of N500,000 and was supposed to pay back N100,000 each month. I thought after paying back the loan, I would start earning N125,000 per month. I got the first payment and then got a job. It looked like I had life figured out for a moment.”

However, the bubble burst when the returns suddenly stopped coming in. The company’s CEO became inaccessible and eventually fled with investor funds. Stephen’s salary wasn’t enough to service his loan, so he got into more debt to pay it back. Almost a year later, his financial wounds haven’t healed.

In the last five years, Nigerians have lost no less than N300 billion to investment fraud. For context, that’s about the combined revenue generated by Rivers, Abuja, Delta and Kaduna in 2020. Also, N300 billion only accounts for the cases that got media attention. Last year, three million Nigerians lost money to Ponzi schemes. It’s fascinating that a country where being streetwise or “sharp” is claimed as a common virtue still has millions falling for these scams.

From the days of famous “wonder banks” such as Umana Umana to Nospetco Oil and Gas, Ponzi schemes evolved into online community scams such as MMM and Ultimate Cycler. The recent wave came through holding companies such as MBA Forex and Imagine Global. You get the point — they always come back like a Phoenix. Will there be more? Unfortunately, yes. It turns out that Nigeria provides a great ecosystem for investment frauds to thrive.

Many people get into Ponzi schemes knowing it’s a bubble, but hoping they are early enough to make some profit. They know someone will eventually hold the bag. To them, it’s just a bet; and as long as they don’t overplay their hands, they’ll make bank. However, these kinds of schemes don’t often attract high volume deposits. Most of the “players” are aware it’s a gamble, so they only put in small amounts they can afford to lose. This habit, though unhealthy, might be borne from survival instincts. According to a Bloomberg report, Nigeria has the second-highest unemployment rate in the world. Many employees lost their jobs last year as businesses closed shop due to the pandemic.

However, it’s not the same for people making high volume deposits. Most Nigerians don’t want to gamble with huge sums. Not in a country with an average income level below N45,000. Nobody in their right mind bets their pension fund knowing it’s a scam. We’re often quick to blame the victims for falling into these scams. We believe they were simply greedy. While that may be true for a lot of people, it is not the whole truth.

Financial literacy is still low in Nigeria. As a result, not many can tell when an offer is too good to be true. A lot of investment scams mask themselves as legitimate by flaunting business registration certificates. Registering a business with the Corporate Affairs Commission (CAC) does not mean they are licensed to hold investor funds. However, the volume of fraud cases shows that this is not common knowledge. Many Nigerians are unaware that fund managers need licenses from the Securities and Exchange Commission (SEC).

Ponzi schemes become popular through recommendations. Not from financial experts, but people in their financial knowledge bracket whom they trust or respect. This is why Nigerians became victims of these bad actors because celebrities endorsed them.

The high number of investment fraud cases points that Nigerians are not exactly risk-averse. They want to invest and get returns. However, they do not have many appealing options. Nigerian investors have to contend with inflation, which can erode their gains in the long run. The inflation rate stood at 17 per cent in August, according to the Nigerian Bureau of Statistics. Technically, this means anyone who made less than 17 per cent return on investment in the same period has lost his gains to inflation.

For the risk-averse, government bonds should be a go-to option. However, a report by Money Central shows that Nigerian bonds and bills have yielded a negative real return in the past 35 years. In the last ten years, the Nigerian Stock Exchange outperformed inflation only four times.

Conversely, cryptocurrencies and US stocks have been yielding huge returns. That’s great news, but it has also led to increased risk appetites. Investors now see that high returns are possible and want a bite of the cookie. Unfortunately, increasing their exposure also makes them targets for scammers.

Recently, the Public Complaints Commission (PCC) said the Economic and Financial Crimes Commission (EFCC) was not doing enough to curb Ponzi schemes in the country. According to PCC, EFCC relies more on information provided by victims to take action. What this means is the agency doesn’t intervene until the damage is done. Unfortunately, that is the same period these bad actors make their escape. Consequently, not enough of these fraudsters end up facing the law. Leaving the country is a sufficient escape plan.