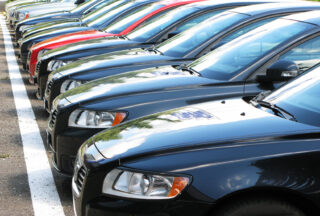 Why the tokunbo car dealership in Nigeria is here to stay

Osaze is a car dealer who sells Tokunbo (used) cars in Lagos, Nigeria. He is not the only one – 25-year-old Progress, 26-year-old Bisi, and so many others have become tokunbo-car-preneurs. The used car business in Nigeria has become quite popular among young people. In the past, car dealers like Cisco and Elizade dominated the automobile business in Nigeria, and unpopular car dealers were not as accessible. Now, more young people are licensed dealers without showrooms or car lots.

Transportation is a significant expense for Nigerian households, so owning a vehicle is pertinent. However, the standard of living limits the options of the average Nigerian. More than 90 per cent of Nigerians cannot afford new cars, aka tear rubber, so they opt for tokunbo cars. As a result, used cars make up 95 per cent of Nigeria’s auto industry. According to the National Bureau of Statistics, Nigeria spent N140 billion importing used vehicles in the first quarter of 2021 and N150 billion in the fourth quarter of 2020.

Increased patronage makes the used car business lucrative. According to Ahmed Zainab, Minister of finance, budget and planning, 250 cars have been imported every day for the last five years. There are so many people putting up “car for sale”, “car available”, “pre-order” daily. For some of them, it’s a full-time business. For others, it’s a side hustle. According to Lekan Olaniyi, Senior Manager, Franchise Network Development at Cars45, an auto-trading platform, “Car dealership is profitable. You don’t need a lot of capital. You can persuade someone to trust you with sales, and soon, you are dealing.”

Now, people who can’t afford to own cars are selling cars. Whether as a full-time job or a side hustle, more people have become licensed dealers. Digital apps have introduced more literates to the business. Before, one had to go through a form of apprenticeship system to become a car dealer. Not anymore. While learning from others is still a part of the process, digitization has simplified several things.

So what is obtainable now that makes it easier to surf this wave? The introduction of bidding apps – platforms where cars are auctioned at affordable prices for licensed dealers to bid. These apps make it easier to get access and trade. Even the Nigerian customs have an auction website. Apps and platforms like Cars45, TokunboCars.NG, Jiji, and Copart have registered several dealers and enabled their transactions. According to Olaniyi, “We had about 150 to 200 people making transactions regularly in the last year.”

Osaze, like most current car dealers, is registered on various auto-trading apps and platforms that have simplified business. “When I first started, there were no online resources; it was all about who you knew to put you through. Because I used to be a driver, I knew some dealers who would pay us to transport cars from Cotonou. These relationships are still important, but they are no longer the basis to access these vehicles,” said Osaze. Now, the business is spontaneous. A car dealer can do business anywhere at any time.

Social media has also played a part in the rise of tokunbo car dealers as they are used extensively in digital entrepreneurship. Progress, who started the business three months ago, says WhatsApp posts have earned him more sales than the car lot where he works. When he started, he’d go months without sales because it was hard to get clients. Now he sells cars every other week. Social media has helped expand his market reach and increased his clientele. Social media and digital apps have also increased market competition; it’s easy to find dealers now. From licensed dealers to sub-dealers, buyers can easily compare prices without much hassle.

About 32.5 per cent of Nigeria’s population is unemployed, and many have turned to entrepreneurship to get by. And because selling used cars is profitable in Nigeria, young Nigerians are drawn to the business. For Bisi, who was unemployed for a while, selling used cars is a lifesaver. “I’ve been selling cars since I got fired during the lockdown. I needed something to generate income. A friend introduced me to one of these bidding apps for tokunbo cars,” Bisi said.

However, as profitable as the business is, it is also volatile, from the erratic flow of income to unreliable imports to inflation. Income is irregular for these dealers. “You can sell a car and make N10 million. You can also make nothing, especially in cases where your order does not match what is delivered,” Osaze said.

Importation risk is high in tokunbo car dealerships. Used cars are not always in perfect condition. Sometimes, they come with serious problems, leaving the dealer at a loss. In such cases, the dealer must do some repairs before placing the vehicle on the market. “I once bought a Mercedes Benz from the US that cost me,” Osaze said. “My contact in the United States inspected the car before it was shipped, and there were no issues. When it arrived, an agent inspected it and found it to be in perfect condition. However, after a while, the engine began to smoke, and I had to spend about N1.2 million to replace it.”

Another challenge for Tokunbo car dealers is high freight charges. In 2016, the Nigerian government banned car importation through the land borders to curb smuggling. Before then, it was easier for dealers to import already imported cars from neighbouring countries like Cotonou and Benin republic. These importations had lower levies. “The levies dealers paid at the border were lower than current freight fees, and this reflects on the market prices,” said Osaze.

This year, freight rates have gone up due to shipping and airline charges for imports. And despite the government reducing import duty tariff for transport vehicles from 35 per cent to five per cent, terminal operators increased terminal handling charges by 50 per cent in June. Then there are taxes to pay, the Naira depreciating, and car price inflation. For example, when dealers bid and buy cars on platforms like Copart, the value of a currency is not a determiner. No one cares if the Naira is fluctuating, the bidding is done in dollars, thus increasing the investment capital of dealers.

So what keeps these dealers going in the face of these challenges? For some, it’s the reward that comes despite the unpredictability of the business and economy. “Same way we make losses, we make profits. A dealer can earn N50,000 from a sale and N10 million from another. It all depends on the deals and the purchasing rate, but you’ll always find a buyer,” said Osaze. Another way dealers earn is by getting a commission from collaborations with other dealers. Dealers also help people who are migrating to other countries sell their cars. The channels for generating income in the tokunbo dealership business are diverse.

There is also a lot of networking involved. “My contact list is wide. From regular customers to top dealers. You get to build rapport with different people,” said Osaze. Networking has exposed many to different opportunities. Dealers get to interact with people from all walks of life and form relationships. “When you sell to one person, that person can refer you to other people. That’s how the chain continues,” said Osaze.

Car dealers across the country connect with themselves on various platforms. Aside from organizations such as the Association of Motor Dealers of Nigeria (AMDON), these dealers have formed other communities. And, like any other business, they compete with one another. Despite challenges such as border closure, currency depreciation, unfavourable exchange rates, tax rates, high terminal charges, and other entrepreneurial risks, Nigeria’s growing need for mobility, as well as the country’s economic status, has made the tokunbo car industry accomodating and sustainable.