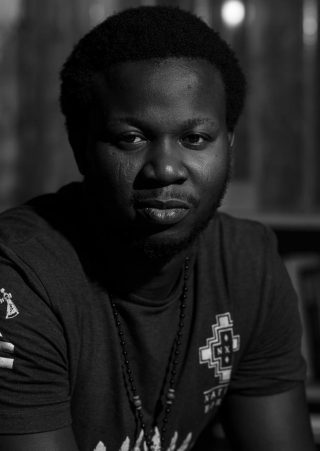 This article is the third in our ‘2020: Also the year for innovation’ series.

“What motivated me into photography was, as a teenager, I always believed that I was going to change the world. I’ve always loved social activism because I was introduced to some of the writings of great African crusaders like Wole Soyinka, Nelson Mandela at a very early age. I thought I wanted to be that kind of person.” 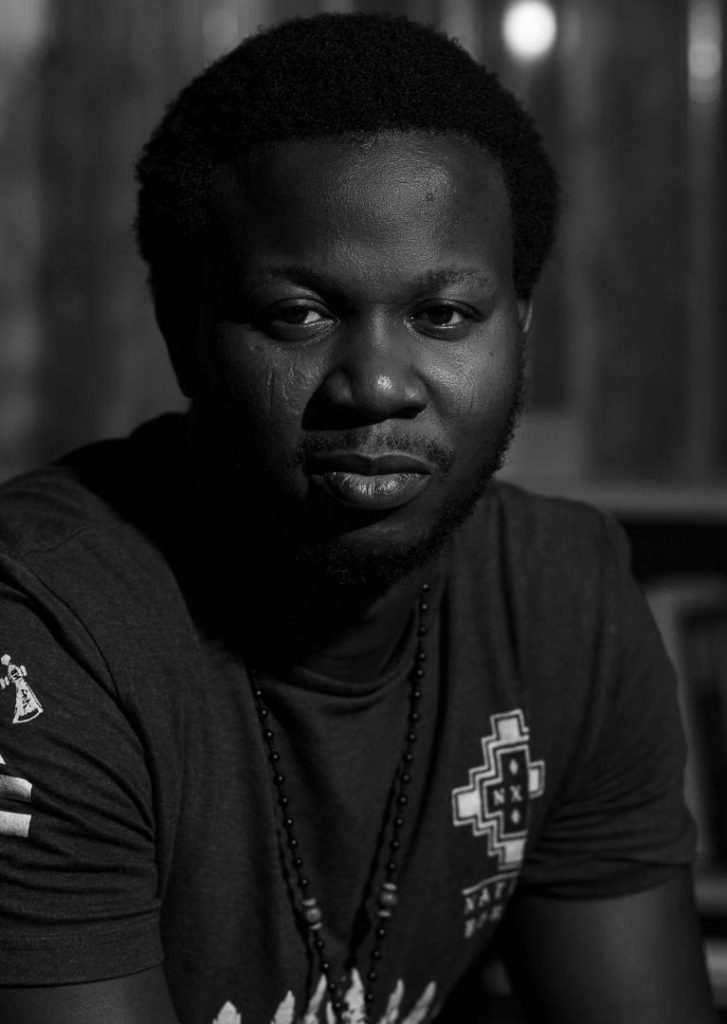 Lagos based documentary photographer, Omoregie Osakpolor is using his art for two core purposes: to preserve culture and to capture underreported stories of everyday Nigerians. Since venturing into this space in 2015, Osakplolor has shown exceptional interest in creating photo documentaries and films.

“Basically I am a documentary photographer, who also specializes in photojournalism and filmmaking. I think I have always been a photographer. Maybe I wasn’t the type of photographer that was actually making images with a camera but with words, imagery, and test, you know,” said Osakpolor in a recent interview with Ventures Africa.

“A poet would make a good photographer if he or she decides to pick up a camera. Because what poets do is to that they create visuals or imageries using words. If you have to read a poem for instance or go through any creative writing at all, you actually read through those text in visuals. In fact, I started as a poet. At some point in my life I thought that I was going to be a very big writer. Like a very big poet,” he added.

Osakpolor is also passionate about giving a voice to the voiceless through photography. Some of his exceptional work cuts across policy. human rights activism and stories of an evolving Nigeria. Below are a couple of images from his series which reflect the cultural heritage, struggles and mundane lives of the average Nigerian. 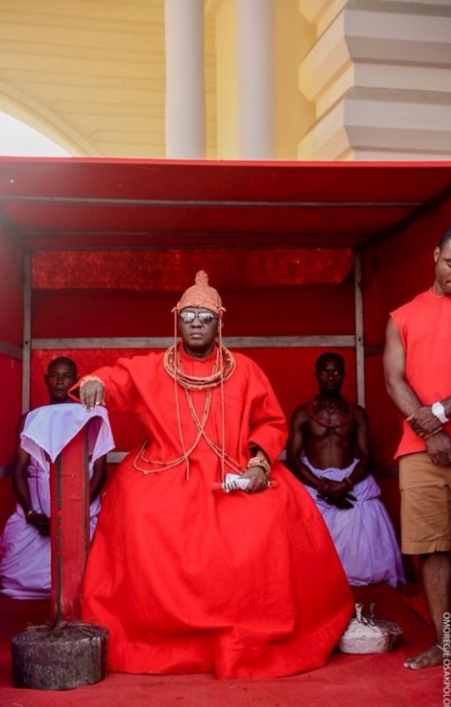 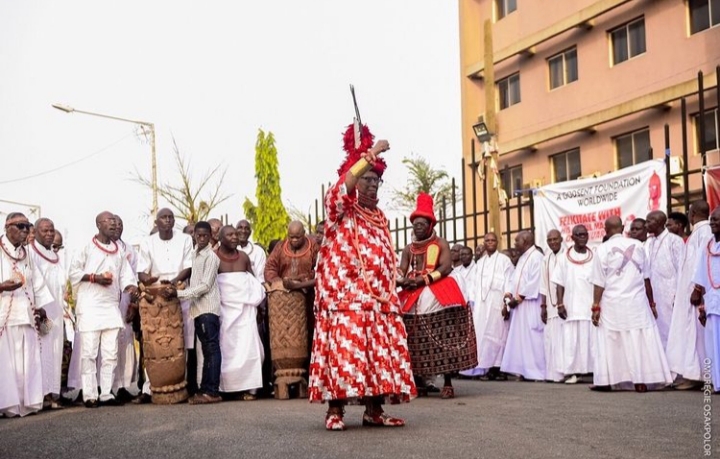 Ugie Emobo, a significant rite of the more than 500 years old Igue Festival, dates back to the reign of Oba Esigie after the first civil war between him and his brother Arhuan N’Ukemezi.
The Emobo Dance purifies the land and wade off evil as the year comes to an end. 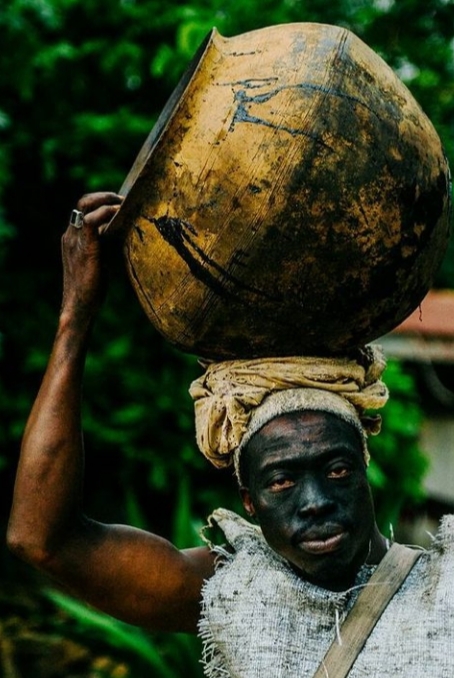 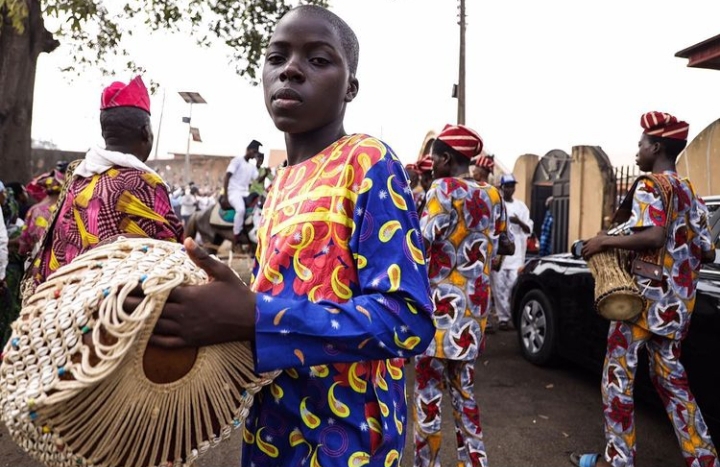 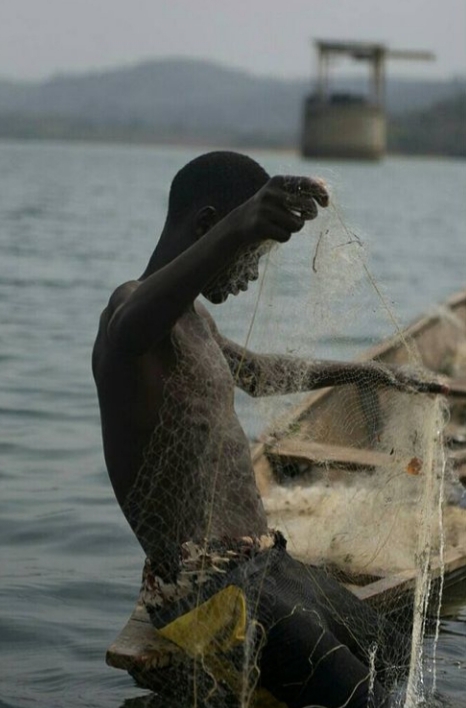 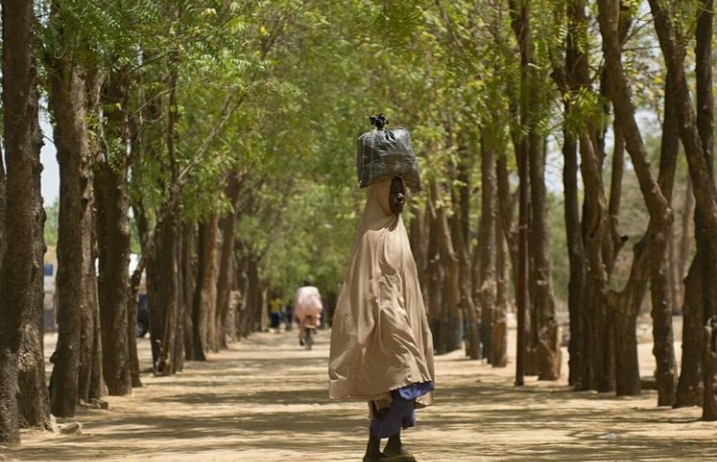 A girl walks in between trees at the Faculty of Arts, University of Maiduguri. Maiduguri, February 2018. 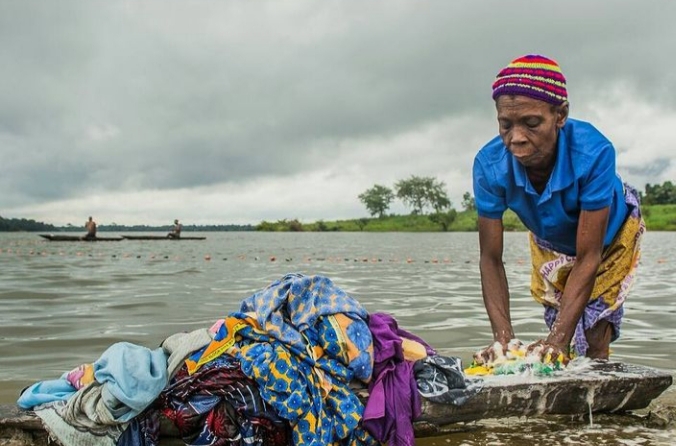 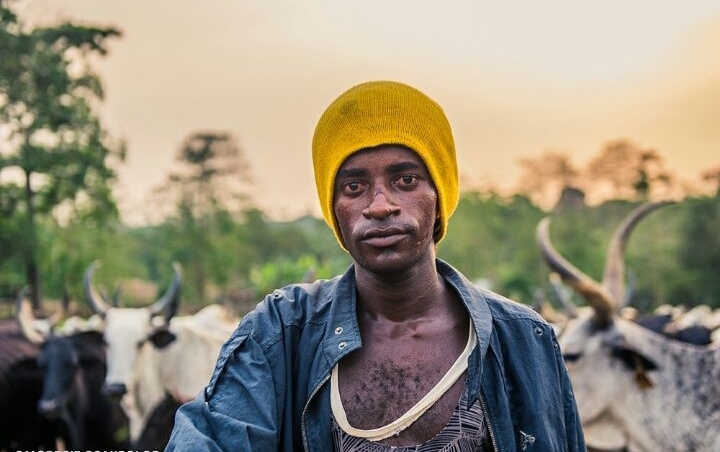 Umaru is a cattle rarer. He and his siblings were born in Enugu, Eastern Nigeria. He’s been migrating with his herd of cattle to the different parts of the country since he became a teenager. Currently, he lives in Benin city with his older brother and their growing family. 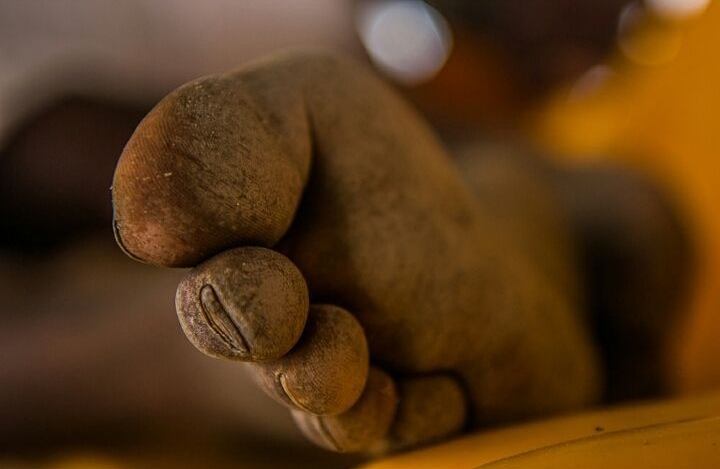 SOLE OF THE CITY “If you want to know the real stories that spring up from a particular town or city, the real stories of abuse, rape, violence, meet the hawkers who barely don’t live in homes, those hawker boys and girls and men and ladies that run marathons on go slow or hold up or traffic congestions just to push their products to your glass. They own and hold all the stories of atrocities in their hands.” – Chimee Adioha. 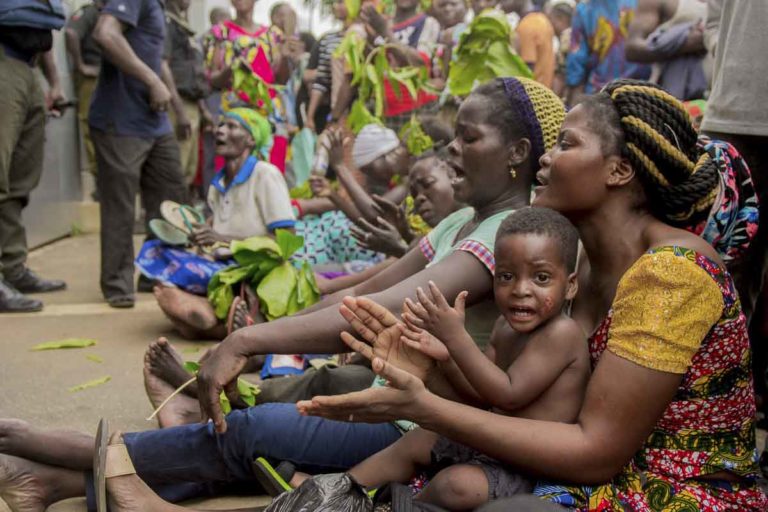 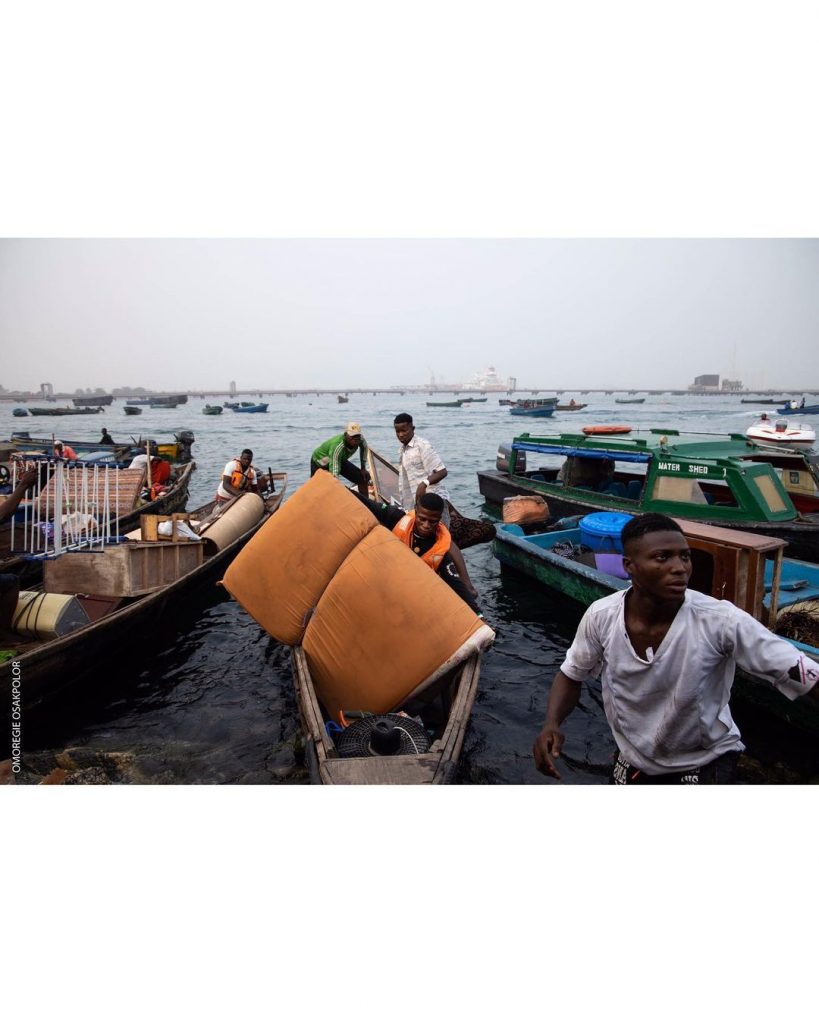 Evicted residents of Tarkwa Bay loading their belongings on a boat as they prepare to leave the island. Nigerian military invaded the community on the morning of January 21st, 2020 shooting sporadically into the air and asked everyone to evacuate the island. Residents said there wasn’t a prior notice. Tarkwa Bay became the 24th coastal community in Lagos demolished by the government since Christmas Eve of 2019. Tarkwa Bay, Lagos. 21-01-2020. 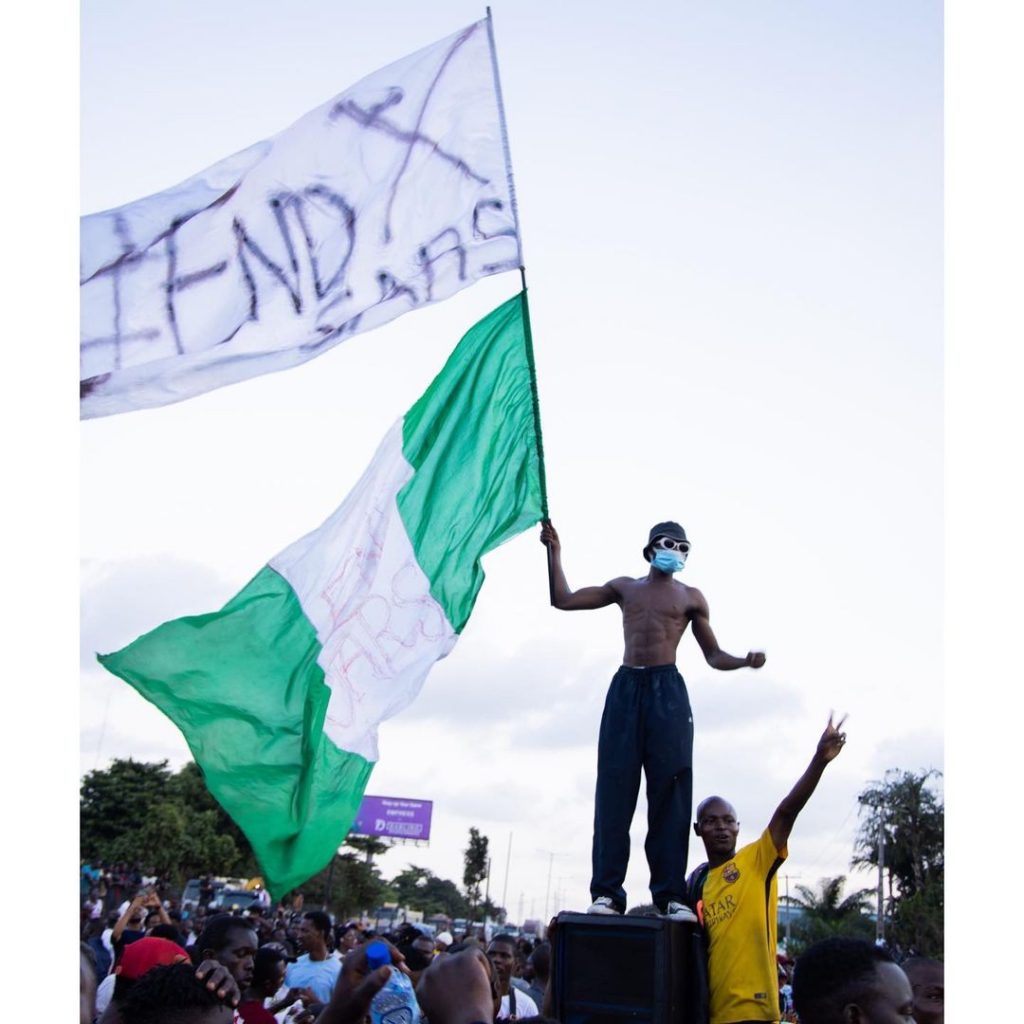 Peaceful protesters at Alausa, Lagos. 12-10-2020. The EndSARS protest is a protest led by Nigerian Youth in states across the country (Lagos, Bayelsa, Abeokuta, Oyo, Abuja, Calabar, Portharcourt). The protests have lasted for 6 days with young Nigerians asking that the government dissolve the Special Anti-Robbery Squad (SARS) over brutality and violation of human rights.

Here is the link to a trailer of a film that documents the plight of pensioners in Nigeria.