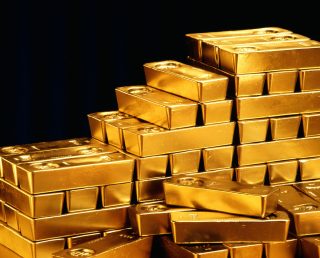 In a bid to stabilize its economy, Africa’s largest gold producer, Ghana is planning a $500 million listing in October, for its gold royalty fund in London.  According to sources in a Reuters report, the deal could still run into political opposition.

With the deal in place, Agyapa Royalties, a government-backed fund that holds equity interests including mining royalties in the state’s gold assets, has hired Bank of America BAC.N and JPMorgan JPM.N to pursue an initial public offering (IPO) on the London Stock Exchange this year.

Sources reveal that these Royalties are payments that give the owner the right to receive a percentage of production from a mining operation, or retain a stake in them. In light of this, Ghana wants to take advantage of the precious metal’s rise in value to raise $400 million-$500 million from the IPO.

The fund’s shares will also be listed on the Ghanaian Stock Exchange, however the listing could be halted or pushed back due to resistance from Ghana’s main opposition party ahead of the December elections.

For Ghana, the deal comes at a time when the market for IPOs has come roaring back after a dismal first half of the year, with The Hut Group THG.L sealing a 5.4 billion pound ($6.99 billion) float last week.

If the deal is approved it could give the country an opportunity to benefit from a surge in gold prices as the COVID-19 pandemic pushed investors into safe-haven investments. It also presents an opportunity for London investors to increase gold exposure and potentially fill the gap left by South Africa’s Randgold, which delisted in 2018.

Nevertheless, there has been no comment on the deal from Ghana’s finance ministry, JP Morgan and Bank of America. This leaves stakeholders sitting on the fence on the commencement of the deal.