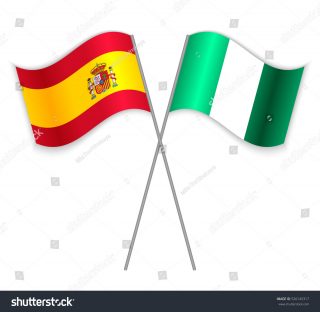 October 1st: From Nigeria to Catalonia

On the surface, Nigeria and Spain barely have anything in common; the former occupies a large part of West Africa while the latter is located on the Iberian Peninsula of southern Europe. One speaks English, the language of its former colonial master, the other owns Spanish, and was once a colonial master itself.

Yet, as dissimilar as they may be, Nigeria and Spain have now come to share a similar date with destiny. The former, trying to shake off a nagging Biafra problem, props up October 1st, its Independence Day, as a sign of its non negotiable inseparability. The latter, facing a secessionist referendum from the rebelling region of Catalonia, is trying to bring down the same date which it views as a threat to its non negotiable inseparability.

This article is not about which side will win or lose—or whether they should even win or lose. Rather, it is about how badly both countries have done with their “inseparability campaigns.”

Nigeria is the first one up. It was on October 1st, 57 years ago, that the country freed itself of British Colonialism, and from this day, many of its leaders claim, that it became bound to an indissoluble entity. “Nigeria’s unity is non-negotiable,” these leaders never hesitate to declare, and those who have dared them have met brute force. First in 1966 with a civil war that lasted 3 years and cost about a million lives, and now with an Operation, Python Dance, which has all the beats of war. Ironically, despite the aggressive defence (attack, some would say) that has been put up for Nigeria’s indissolubility, little has been expended in logic or practice to demonstrate this indissolubility.

In his first national address upon return from an extended stay in the United Kingdom, which solely focused on beating back growing secessionist campaigns, President Buhari’s strongest argument for One Nigeria was to state that Ojukwu, the late leader of the defunct Biafra, agreed with him that Nigeria’s unity was settled. An argument doesn’t get emptier than that; and it’s not even that difficult to make a case for One Nigeria. This non-attempt to lay down a case for One Nigeria, or even challenge the arguments against it, continues to create an intellectual and moral vacuum for the secessionists to exploit. The same is the case with Spain.

Catalonia is to Spain what Biafra has been to Nigeria. The difference is that whereas the current Biafran agitators, led by Nnamdi Kanu and his  IPOB troupe, have embarked on a vacuous campaign of hate and half truths, the Catalan campaign has thus far been principled, detailed and lucid with regards to its motivations and ambitions. What both the campaigners for Biafran and Catalan secession have in common is the heavy-handedness (and empty-headedness) of their federal governments.

Catalonia, a semi-autonomous region with its own distinct culture and history, had been seeking dialogue with the Spanish government for terms on further devolution of political authority and a possible referendum on secession. The Spanish government, led by Right winger Mariano Rajoy, refused to even sit down with the Barcelona-based regional administration. Angered by the stonewalling of the Spanish government, the Catalan government decided to unilaterally set a referendum, and vowed to declare independence if the polls returns a majority of Yes votes.

To stop the polls from going ahead, the Spanish government has, in an Operation Python Dance-esque move, deployed paramilitary personnel to seize ballot papers, lock up leaders of the agitation and block people from voting on October 1st by any means necessary. However such an ultra-aggressive approach seems to have backfired. Whilst the Spanish government may have succeeded in significantly hampering the planned referendum, they have ceded the moral argument to those campaigning for Catalan independence. There’s a growing perception that those whose minds weren’t previously made up are now, due to the heavy handedness of the Spanish government, more likely to back Catalan secession. The same is happening with the Biafran question in Nigeria.

“The Biafra sentiment heaves in every Igbo breast,” the nation columnist, Sam Omatseye, rightly noted in his article condemning the logic and approach of the Operation Python Dance. “But Biafra does not always mean separatism in Igboland,” he added (rightly again). “It is a metaphor for ethnic pride, no more, no less.” Oblivious of this, or too disinterested to be bothered, the government has even gone further to expand the Operation Python Dance and unnecessarily and unwisely label IPOB, a group that hasn’t engaged in violent insurrection a fraction of the scale of Boko Haram, a terrorist group. This action could yet again backfire. “The immediate concern is whether IPOB’s terrorist designation and its treatment as such will resolve or further inflame the brewing crisis,” Ryan Cummings wrote in Africa Check. “Based on recent precedent, the latter seems the more plausible outcome.” Sadly, Nigeria’s 57 years of independence is littered with such neglected foreseen outcomes, which always ends up haunting the country.

Thus far, Nigeria has survived so much in its relatively short history. Neither the Civil War and other violent conflicts nor the decades of authoritarian military rule and kleptocratic civilian governments managed to tear the nation apart. But there is also the real worry of just how much the country can survive the bad decisions of its leaders. The people of Spain, and Catalonia, will sure be scratching their heads with the same question this October 1st.