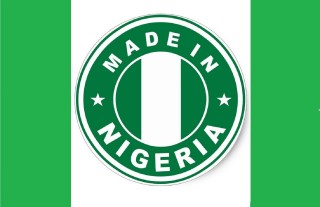 #BuyNaijaToGrowTheNaira: How the plunging Naira is forcing Nigeria to look inwards

Since the beginning of the month, the Nigerian Senate President, Bukola Saraki, has championed the patronage of ‘made in Nigeria’ products as a way to save the country’s depreciating currency. As an active twitter user, Senator Saraki engaged Nigerians on social media with the hashtag #BuyNaijaToSaveTheNaira, imploring them to promote locally made products in the hope that it will increase the value of the Naira and bring about a much-needed economic boost.

The Nigerian Naira has been falling in value due to fluctuating oil prices, from over $100 a year ago to an all-time low below $28 last month. Despite its recent rebound to over $35, the International Energy Agency has said that there is no prospect for a broader recovery in the market in the short term. As such, any hope a country like Nigeria, whose bulk revenue is generated from oil exports, entertains for a rebound on its currency is squashed.

Every Nigerian regardless of political divide, should support #BuyNaijaToGrowTheNaira @NGRSenate will provide legislation to back it.

Amidst calls for devaluation of the Naira, an option that the Nigerian government clearly frowns at, the Central Bank of Nigeria has introduced several policies to help keep the currency aloft. Now, more than ever, there is a clamour for the diversification of the economy and support for domestic production, manufacturing and patronage of ‘made in Nigeria’ goods.

Two weeks ago, in a viral article published by The Herald, a Nigerian details how the “curious choices” of citizens are responsible for the plunging Naira, “Just continue to wear your Armani gear and Swiss-made lace, continue to spend your money on Man United, Arsenal, Chelsea and Barcelona and encourage your children to do same. Carry on with your love for French wines and Chinese silk, don’t bother about Jamiu Alli when there is Roger Federer…There was a time, long ago, when Nigeria had a truly strong economy and the Naira was one to the dollar – even exchanged for higher than the USD, but that Nigeria is not this Nigeria,” the writer noted.

Last week, politician and business magnate, Senator Ben Murray Bruce, piggy-backed off this article and launched a series of social media posts on Facebook and Twitter with the hashtag #BuyNaijaToGrowTheNaira, outlining ways Nigerians can help save their currency by reiterating what his colleague, Saraki, said about disregarding foreign made products for locally produced goods.

Quite a number of Nigerians bought into the idea, seeing it as a means to encourage start-ups which will also serve as an avenue for job creation. Others did not, as they complained about the low quality of Nigerian goods in comparison with foreign products. However, a trending hashtag and an online conversation is never enough to effect change without action from the people and the government to back it up. If Nigerians are to “buy Naija to save the Naira”, the government has quite a role in ensuring that.

On Monday February 15, whilst receiving delegates from Nigerian car manufacturer, Innoson Motors, Saraki said it is the responsibility of the government “to ensure the success of indigenous manufacturers as a way of rebuilding the economy and putting young Nigerians to work.” According to him, the Nigerian government would do well to introduce policy initiatives that will ensure the patronage of local industries, that way, Nigerian manufacturers can enjoy the advantages accruing from the big market that the population offers.

Following the example of the United States Buy American Act of 1933, Senator Saraki has moved to ensure the amendment of the Procurement Act and give legislative backing to the expansion of the responsibilities of the Bureau of Public Procurement. This will help strengthen domestic industries via the basic economic forces of demand and supply. The Special Assistant on New Media to the Senate President, Bamikole Omishore, has said that the new Procurement Laws by the Senate “will guarantee more productive conditions for the local manufacturing industries, while also tackling unemployment and returning pride to Nigerians in their locally produced goods – amidst competition from foreign products.”

I'm sure for long many have heard that Govt will support Made in Nigeria. But today I assure manufacturers that we will provide policies

In the revised Procurement Act, the word “may” will be replaced with the key word “shall”, making it mandatory for Ministries, Departments and Agencies (MDA’s) of the government to first consider Nigerian products before their foreign alternatives. This alteration will act as an assurance to local manufacturers and effect meaningful change in the manufacturing industry.

In a bid to encourage local production and patronage, the federal government has also placed a ban on the importation of certain products by denying affected importers access to foreign exchange (forex), “If manufacturers can’t access forex to import, they will look inward to produce in Nigeria,” tweeted Saraki. A list of 41 items excluded from forex was released last week; it included rice, tomatoes, fabrics, soaps, poultry, palm oil products, toothpicks, plastics products and a host of other items that are, or can certainly be produced locally. The government is also set to promote “Make in Nigeria”, an invitation for foreign manufacturers to set up factories in Nigeria.

While the efforts of the government, particularly the Senate President, Bukola Saraki, is commendable, one can’t help but reiterate the need for the Nigerian government to be more proactive than reactive. Conversations on economy diversification have been going on for several years, but nothing significant was done about it until now that the Naira is at its lowest in over forty-two years. Nigerians must also realise that the result of these laws and restrictions being put in place  by the government are long term and not immediate. Hence, no one should expect a sudden growth in the currency or the economy. However, if the government succeeds in this feat, it is important that the next administration and the one after continue in line with this as Nigerian governments are known to have issues with continuance and maintenance. Hopefully, #BuyNaijaToSaveTheNaira will indeed help in bringing Nigeria’s economy from the brink and also mark an economic turning point in the history of the country.