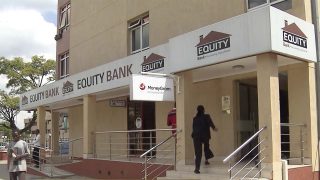 Equity Bank acquires BCDC at a discounted price of $95 million

Equity Group Holdings Plc has completed the acquisition of a majority stake in the Congolese lender, Banque Commerciale Du Congo (BCDC) at a discounted price of $95 million.

The takeover began in September last year when Equity Bank first announced its partnership with BCDC majority shareholder, George Arthur Forrest and family. The Kenyan money lender sought to acquire all 625,354 shares (66.53 percent) owned by the Belgian entrepreneur at a cost of $105 million.

The price of the transaction included dividends declared after January 1, 2019, in respect of the financial year ending December 31, 2019, meaning cum-dividend price per share of $167.9.

BCDC was majority-owned by George Arthur Forrest and family (66.53 percent) and the government of the Democratic Republic of Congo (25.53 percent), while the remaining 7.94 percent shares are owned by other minority shareholders.

Last year, the lender announced plans to strengthen its subsidiary in DRC by acquiring BCDC and merging its business with the Equity Bank Congo S.A (EBC).

With Equity Bank acquiring 66.53 percent of the bank’s shares, this takeover places Equity bank as the second-largest commercial bank in the Democratic Republic of Congo (DRC).

Commenting on the takeover, Equity Group’s Chief Executive James Mwangi said the group have been fortunate to have had the opportunity to acquire two of the most solid banks in the market.

“With the second and fourth-largest banks in the country being our subsidiaries, we are confident that amalgamation and merger of the two subsidiaries will produce a combined bank,” said Mwangi

“It would also create a balance sheet in excess of $2 billion with the capacity and capability to contribute significantly to the development and transformation of the DRC,” he said.

Also, the Nairobi Securities Exchange (NSE) listed lender has increased its shareholding in EBC to 94 percent from 86 percent after it bought an additional 7.6 percent stake held by the German state-owned development bank KfW.

Equity Bank, is a Kenyan lender with over 14 million customers and operations across Uganda, Rwanda, Tanzania, South Sudan, and the DRC.