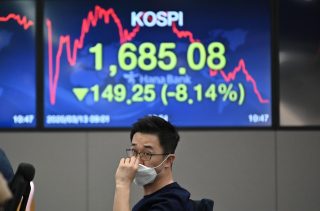 Globally, reported cases of the coronavirus (COVID-19) outbreak passed one million late Thursday, with more than 50,000 deaths. Within a week, the number of infections has doubled, from over 500,000 a week ago, as the virus spread further across Europe and North America while expanding mildly in Africa.

COVID-19 has now infected at least 1,018,920 people around the world and killed at least 53,292 people, according to data published by Worldometer, a statistics website operated by Dadax. Meanwhile, more than 213,000 people have recovered from the virus so far.

Since the new coronavirus broke out in China late December, it has spread to nearly every country in the world – 204 countries and territories – and disrupted daily life for millions and several businesses under lockdown measures aimed at curbing the rapid outbreak.

“Over the past five weeks, we have witnessed a near exponential growth in the number of new cases, reaching almost every country, territory, and area,” said Tedros Ghebreyesus, World Health Organization Director-General, at a press briefing this week.

The United States has since surpassed China as the country with the most reported infections of COVID-19 in the world, accounting for more than 20 percent of cases globally and recording over 6,000 deaths. Italy and Spain follow America, having recorded over 100,000 cases apiece with at least 13,915 and 10,348 respectively.

Across Africa, the virus threatens to spread widely, as a number of countries have seen hundreds of positive tests. South Africa leads the pack with at least 1,462 of the total 6,000+ confirmed cases across the region. The pandemic could have a devastating impact on the continent, the WHO and experts have repeatedly warned, based on regional ill-equipped health systems that would struggle to care for what could be an overwhelming number of critical patients.

Beyond the region, the global economic toll of the pandemic, as people abide by stay-at-home orders and avoid restaurants, stores and movie theaters, could be massive. The cost could reach $4.1 trillion – equal to about 5 percent of global GDP – and cause the global economy to shrink almost 2 percent in the first half of 2020, Bloomberg notes.