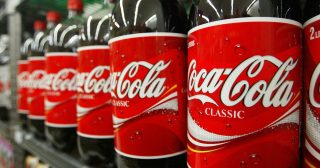 Coca-Cola expands into Eswatini with acquisition of local beverage company

The deal was initially signed last year on October 5, and all the necessary regulatory approvals have just been obtained. The remaining 40 percent of ECCB is owned by Tibiyo Taka Ngwane, a Swazi sovereign wealth fund company.

With the transaction, Eswatini customers will “benefit from being part of a consolidated, successful Coca-Cola ecosystem that spans the continent, creating new opportunities for everyone across the value chain,” Country Manager of ECCB, Sanele Khumalo said. “Access to shared best practices will enhance efficiencies and a better distribution capability will provide pervasive availability of cold beverages to end-customers.”

CCBA is the 8th largest Coca-Cola bottling partner in the world by revenue and the largest on the continent. The company, which is the African unit of the Coca-Cola Company, was formed in 2014 from the merger of SABMiller Plc and Gutsche Family Investments (GFI) beverage bottling operations in Southern and East Africa.

More so, the group also employs over 16,000 people directly – almost half of them in South Africa – and accounts for 40 percent of all Coca-Cola products sold in Africa by volume. With the entry into Eswatini,  the company now serves thirteen countries in the continent.

Earlier this year, Coca-Cola Company cancelled plans to re-franchise its African bottling business, CCBA and kept its majority stake. The re-franchising was meant to help the company focus mainly on its beverage business and boost profit margins while offloading manufacturing and distribution assets. However, it changed its decision after shares went down 7.4 percent in the 2018 fourth-quarter earnings

Khumalo added that the expansion into Eswatini will benefit local consumers and businesses and also drive the company to its sustainability goals, while also enhancing quick response to consumer’s demands.