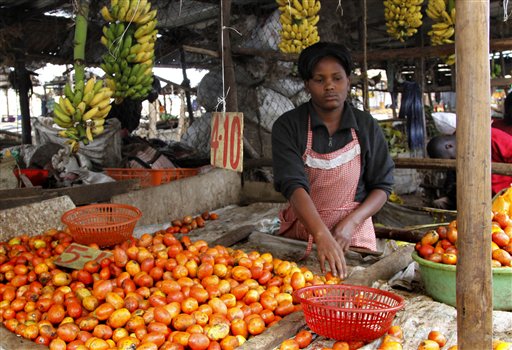 percent in a fashion that is simply unprecedented. While this has been devastating for a number of entities including highly oil dependent economies like Venezuela and Nigeria, there are some gains to be counted, nonetheless. It appears that this free fall can potentially translate into lower food prices thus stemming the tide of global hunger.

From the slums of Manila to the fields of Malawi, some of the world’s poorest regions could begin to experience a reduction in food bills. This is because a positive correlation exists between the price of oil and the cost of food in most regions. “For many poor people who spend a lot of their budget on food, this is good news, there is a high correlation between oil and food prices,” Shenggen Fan, Director General of the International Food Policy Research Institute, has been quoted as saying.

The reason for this correlation is simply because oil is a big driver of the costs incurred in transporting food between harvest fields and markets. Oil also influences food prices because fertilizers, pesticides and other similar farm inputs are derived from petroleum. According to the United States’ Department of Agriculture, energy and transportation costs may represent as much as 8 percent of the price for domestically produced foods and about 50 percent of the production costs for crops like wheat and corn in developed countries.

However, the extent to which falling oil prices reduces food costs in some of the most hungry regions of the world could be limited especially because most of the farmers in the developing regions are subsistent, meaning they may not use fertilizers at all and may not be connected to global commodity markets. Additionally, with the overall decline in food prices, they may also be getting less revenues from the food they grow, thus exacerbating the situation.

So, the key beneficiaries of the oil crash will be consumers in developing countries like India, the Philippines and Bangladesh where the biggest items on cost structure are food and transportation.

Over and again, governments in oil-importing countries have been advised to leverage this macro incident by reducing or eliminating all oil-related subsidies and investing the gains in other critical areas such as rural infrastructure instead. Investing in agricultural research, new technologies and enabling infrastructure such as roads can position such economies in a way that allows the lower income citizens to enjoy the downward trend in oil prices.

“The political costs for lowering these subsidies will be lower now that oil prices have dropped, this money should be freed up for rural infrastructure, public services and irrigation projects,” says Arif Husain, Chief Economist for the World Food Programme (WFP).

Given that total global expenditure for fossil fuel subsidies amounted to $548 billion in 2013, according to the International Energy Agency, a lot of potentials can, indeed, be unleashed from the elimination of fossil subsidies.