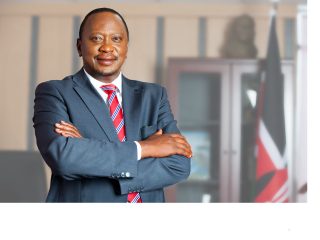 In recent attempts to strengthen its ties with China, Kenya is looking to leverage the ongoing 2019 Beijing International Horticulture Expo to access the Asian country’s market.

The Beijing Expo is a global event that allows countries to showcase their distinctive cultures and strengthen ties in areas of agriculture and horticulture. Agriculture might not be the only means of penetration for the East African country into China, but the expo will serve as a platform for Kenya to showcase other sectors of the economy.

“We will also use the Expo to showcase other opportunities in Kenya such as tourism,” Kenya’s Ambassador to China, Sarah Serem said.

Kenya hopes to boost trade between both countries. As explained by Serem, there is an imbalance in trade with China despite the fact that Kenya exports some of its locally manufactured goods into the country. This imbalance, she believes is due to the lack of awareness on what Kenya produces that can be exported to China.

Though China is one of Kenya’s biggest trading partners with import materials ranging from electronics to automobiles, etc. records suggest that this often benefits China more. In 2017, Kenya’s exports to China amounted to $96.88 million while imports were valued at $3.79 billion with China accounting for 17.2 percent of Kenya’s trade with the world.

When Kenya’s President Uhuru Kenyatta visited Shanghai in November last year, he urged the Chinese government to implement measures that can raise the volume of goods coming from Africa to China.

Kenya now exports various agricultural products such as food, vegetables and meat to the Asian nation. This was shortly followed by an avocado export deal which allows China to buy 40 percent of Kenya’s avocado produce.

This development and series of export deals will not only provide an expanded market for Kenyan farmers and traders, but it will also boost the economy by increasing agricultural export earnings.