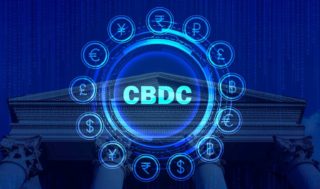 Central Bank Digital Currencies (CBDC) are becoming increasingly popular around the world. They are a response to the global rise of digital payment solutions and a component of various central banks’ response to the influence of cryptocurrency in their respective countries.

Rakiya Mohammed explained that approximately 80 per cent of central banks worldwide are currently exploring the possibility of issuing their central bank digital currency (CBDC), and Nigeria could not afford to fall behind. The apex bank had been researching since 2017 regarding the development of a digital currency.

Senator Ihenyen, president of the Stakeholders in Blockchain Technology Association of Nigeria (SIBAN), explained that CBDC comes in two varieties: wholesale CBDC and retail CBDC. This classification is based on the intended user. While retail CBDC allows the CBN and citizens to have direct financial relationships, wholesale CBDC lets banks and financial institutions act as intermediaries between the CBN and the citizens. The new Nigerian digital currency will operate on a hybrid system, which is a combination of both. The digital naira would be issued by the Central Bank of Nigeria and held directly in the digital wallets of Nigerians. CBDC, like fiat currencies, would be recognized as a form of payment and regulated by the CBN.

According to Mohammed, the project tagged ‘GIANT’ will use the Hyperledger Fabric Blockchain for operation. The Hyperledger Fabric blockchain is a private and permissioned blockchain network designed by a computer hardware company, International Business Machines Corporation (IBM). They are permissioned blockchains in that each party is identified and every transaction is authenticated, authorized, validated, and tracked. The CBN determines who can get on the platform and can approve or override a transaction if it deems fit, unlike bitcoin, where transactions are approved upon the agreement of majority nodes.

Research into the development of Nigeria’s digital currency began in 2017. Measures to restrict crypto exchanges first appeared in Nigeria, Africa’s largest Bitcoin market, in 2017. In February, the CBN issued a circular to banks and financial institutions stating that transactions in cryptocurrencies and facilitating payment for cryptocurrency exchanges were prohibited due to the risk of investment loss, money laundering, terrorism financing, illicit fund flows, and other criminal activities. Banks and financial institutions were also directed to identify individuals or entities that engage in cryptocurrency transactions.

The proposed launch of the digital currency has many believing that the country’s ban on cryptocurrency trading was heavily influenced by the CBN’s incoming digital currency, as the CBN does not want to create a competitor for its system. This has also contributed to their belief that cryptocurrency and CBDC work in the same way.

However, although CBDCs and cryptocurrency (Bitcoin, Ethereum) are both digital currencies, one important distinction is that while cryptocurrency is decentralized and users are anonymous, CBDCs are centralized. This means cryptocurrencies cannot be monitored, but CBDCs issued by the CBN can be monitored and regulated. Having registered the fact that both digital currencies are different in operations, there is a silver lining in the dark cloud of cryptosystem in the country.

There is a slight hope that the cryptosystem in the country would be revitalized. In his article What CBN’s digital currency could mean—transparency vs surveillance, Benjamin Dada explained that the CBN would likely devise a way for crypto companies to be reintegrated into the financial ecosystem. He explained that while crypto companies may not be able to make direct debits from financial institutions, CBN’s digital currency may be used for crypto transactions.

Dada expressed concern about the digital currency materializing before the current CBN governor’s term expires in 2024, citing the fact that CBDCs often take a long time to create and test. China’s digital yuan has been in the works since 2014 (7 years) and has yet to be fully implemented.

When the scheme is eventually launched, Nigeria will join other countries across the globe and Africa racing to develop its CBDC. Some of these countries include South Africa (digital Rand), Tunisia (eDinar), Ghana (e-cedi), Sweden, Japan, South Korea, and Russia.

Benefits of the digital currency

The CBN listed the benefits of the digital currencies to include macro-management and growth, cross-border trade facilitation, financial inclusion, monetary policy effectiveness, improved payment efficiency, revenue tax collection, remittance improvement and targeted social intervention. Other benefits are the reduction in the costs of minting and printing physical currency, a reduction in fraudulent activities, counterfeit money in circulation and armed robbery.

Although the CBN didn’t address the disadvantages, the reality is that the proposed digital currency cannot be devoid of problems. Some obvious disadvantages are that a significant number of Nigerians are not adept in the use of technology and most importantly, there would likely be unrestrained monitoring of the transactions of Nigerians.