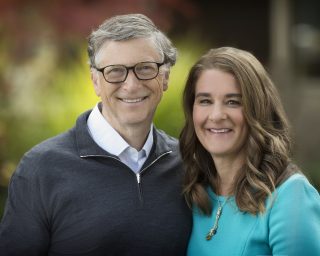 Bill and Melinda Gates have published their Annual Letter for 2019, and it’s a reiteration of their continued commitment to changing the world, one issue at a time.

This year, the Annual Letter, which was published yesterday, has highlighted nine key issues that have influenced and will continue to influence policymakers globally. Here are highlights of some of the issues that most affected countries in Africa.

The population of young people aged between 0 and 24 on the African continent is presently 628 million. Analysts predict that number could increase by 50 percent. However, while Africa’s young population is increasing exponentially, it isn’t moving at pace with socio-economic development on the continent. According to Bill Gates, the median age in Africa is 18, an exception from the median age of the global population that closer to middle age than teenage. He believes investments in the continent’s youths will “unlock the continent’s enormous potential. For Melinda, the continent needs to focus on girl education. “Educated girls are healthier. They are wealthier. If all girls received 12 years of high-quality education, women’s lifetime earnings would increase by as much as $30 trillion, which is bigger than the entire US economy.” she said.

Data can be sexist, so says Melinda Gates. The absence of research work on what empowerment for women would look like plays a major role in how better policies for women and girls cannot be formulated. The absence of data makes policymakers undervalue the contribution of women to GDP. “For example, what little data we do have about women in developing countries is mostly about their reproductive health—because, in places where women’s primary role in society is being a wife and mother, that’s what researchers tend to focus on.” she said…”But we have no idea how much most of these women earn or what they own, because, in many countries, income and assets are counted by household. Since the husband is considered the head of the household, everything a married woman brings in is credited to him.”

The importance of international funding for global bodies

There were major cuts to funding for international NGOs like the USAID by the US government in 2018, putting many programs at risk of underfunding. Bill Gates emphasized the fact that western governments will need to recommit to foreign aid agencies, like the Global fund so as to prevent the death of many people in developing countries that depend on them. “In 2019, governments will need to recommit to funding for the Global Fund, one of the biggest health efforts in the world. And Gavi, the Vaccine Alliance, will need to raise money in 2020,” he said.

“That would be a disaster (for wealthy countries to withdraw foreign aid). Today more than 17 million people living with HIV get medicine from the Global Fund. Without it, they will die.”