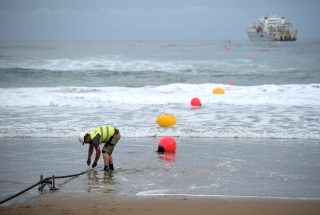 Kenya and Tanzania are set to join 14 other African countries to benefit from a subsea 4G and 5G internet project, 2Africa, which would link up the continent with Europe and the Middle East. The 2Africa project, championed by a group of telecom giants including Facebook, aims to bridge the digital gap and accelerate internet speed in Africa.

In a statement, Najam Ahmad, Vice President of Network Infrastructure at Facebook, said that the project is a major element of an “ongoing investment in Africa to bring more people online to faster internet.” He added that the telecoms operators have seen  “first-hand the positive impact that increased connectivity has on communities, from education to healthcare.”

According to the group of operators, in countries like Tanzania and Kenya, where the 2Africa cable will land, service providers will obtain capacity in carrier-neutral data centres or open-access cable landing stations on a fair and equitable basis. This will promote healthy internet ecosystem development by facilitating improved accessibility for businesses and consumers also.

The telecoms companies – MTN GlobalConnect, Telecom Egypt, Facebook, Orange, Stc, WIOCC and China Mobile International- have agreed and contracted Alcatel Submarine Networks to build the subsea cables. The companies plan to lay cables that will stretch to 37,000km (22,990 miles) and interconnect Europe (eastward via Egypt), the Middle East (via Saudi Arabia), and 21 landings in 16 countries in Africa.

The plan is to deliver more than the total combined capacity of all subsea cables currently serving the African continent, with a design capacity of up to 180 terabytes per second on key parts of the system. According to a joint statement by the telecoms giants, the system is expected to go live by 2023 or early 2024.

The 14 African countries that Tanzania and Kenya would be joining in the project include Nigeria, South Africa, Ghana, Egypt, Ivory Coast, Senegal, Mozambique, Democratic Republic of Congo, Republic of Congo, Gabon, Djibouti, Sudan, Madagascar, and Somalia.

In Africa, a high cost for internet coupled with limited internet services has resulted in the digital exclusion of about 1 billion people in the continent. These have caused a slowdown in technological innovation on the continent. It has also caused a stunted economic growth as Small and Medium Enterprises (SMEs), which are known to be powerful economic drivers, have limited access to available funds on fintech platforms and other digital banking products.

Nonetheless, the 2Africa project intends to resolve Africa’s digital problems with cables created to boost resilience and productivity. This also includes the possibility of a seamless optical crossing between East Africa and Europe.