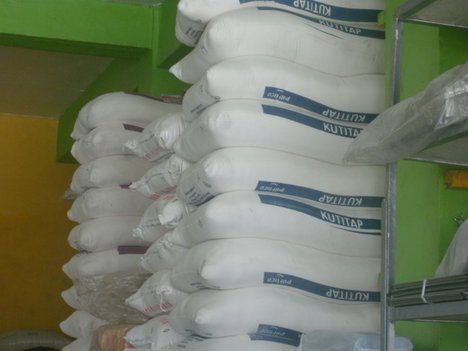 The Business of Agriculture In Africa: Four Ways To Tackle Food Problem

I read a proposal by Harvard Development Professor, Calestous Juma, in which he proposed the establishment of specialized agricultural universities in Africa to tackle the continent’s food problem. He suggested that such institutions would be better positioned to partner with farmers on research and training. They would also be able to provide solutions to problems experienced by such farmers. As a graduate of one of such institutions who has interacted with a number of local farmers, the proposal set me thinking about the food problem in Africa.

Indeed the highest employer of labour in Africa is agriculture. Many of the countries even claim that as high as 60-70 percent of their working population is involved in the production of food. So, why is there still a food problem?

In this article, I intend to propose solutions to some of the easily observable reasons:

1.       Bigger is better: Subsistence farming worked hundreds of years ago. It is not realistic today! Unfortunately, it’s the very model still in operation in many of Africa’s farms. It explains the reason why so many people can be engaged in the industry and produce so little. I am of the opinion that most African governments are working on the wrong premise. In my country for instance, the government regularly embarks on projects with the aim of getting more people farming. The problem is not the number of farmers but the quality and scale of their production. The government should spend more resources on helping existing farmers grow bigger. Unlike Africa’s 60 percent, the United States has less than 1 percent of its population involved in agriculture. Yet the US is a major exporter of food. The average farm in the US covers 418 acres! Economies of scale favours larger production in agriculture.

2.       Connecting the dots of production: I visited a farming community about a year ago. The roads were almost completely unusable! After a rough ride of almost one hour from the main road, I arrived at the village. There was no power supply and very few signs of development. As a village (or a collection of villages), these people produced a sizeable amount of food products. But they had no access to technology to store their highly perishable produce. With the bad roads, they would find it very hard to transport their crops to markets. Because of factors like these, they would be losing about 50 percent of their harvest. At the end of my visit, I could not but wonder at the difference it would make to those farmers (and the entire nation) if they could have better roads and facilities to enhance their productivity. Little wonder most of their children had left for the cities to pursue more appealing careers.

3.       Educating farmers of the future: As Professor Juma proposed, there is the need to set up (and enhance existing) universities dedicated to agricultural research and training. Having passed through such a system, I must however warn that care must be made not to turn the research into mere academic exercises that lack relevance to local farmers. Also, I have many colleagues with high-sounding agricultural degrees who are never going to go anywhere near farming. The reason is simple: school taught us to spend hours in the sun farming with hoes and cutlasses. School taught us drudgery and graded us on outdated, mediocre tools. Quite frankly, if Africa is going to develop her agricultural sector, she is going to need to pay attention to what happens in the educational sector.

4.    The Private sector should get involved: I have a simple word of advice for the private sector- in African agriculture; production is not always the most profitable sector. African agriculture needs large-scale middlemen- people (and companies) who can undertake to provide transportation, storage and marketing for her agricultural produce. Although the challenges associated with this can initially seem daunting, it is probably the most profitable endeavour in Agriculture on the continent. So get involved and stay involved through partnership!