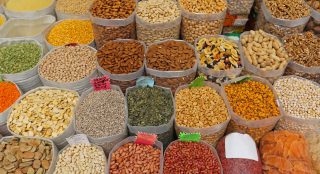 aSurveyor, a South African Agri-tech startup has launched a mobile app, Ukweli, that helps exporters or Agri-traders to account for food waste that occurs in the process of transporting crops from farms to final consumers. The startup seeks to create trust and transparency amongst farmers, customers, insurers and transporters through the mobile app.

Food waste is one of the main causes of hunger in sub-Saharan Africa and a catalyst for food insecurity. According to a report, farmers produce sufficient food to feed the world’s population annually, yet, many people are still food insecure due to complications and inefficiencies in the food system. It stated that an estimated one-third of edible food produced annually, about 1.3 billion tonnes, is lost or wasted.

Therefore, the Ukweli app will make collated data available to stakeholders, stirring them to come up with best practices that could help to mitigate food loss and waste. Ultimately, aSurveyor would be using the Ukweli mobile app to meet the Sustainable Development Goals (SDGs) of hunger eradication

According to Kingsly Kwalar, CEO of aSurveyor international trade and shipping are by their nature international. As such, aSurveyor have a global market target which it has selected to start with Africa where there is a serious lack of trust between exporters and buyers in Europe.

Ukweli will collect and analyse information about the quality and handling of farm produce and share it with customers, insurers and transporters and equally help farmers or traders perform surveys at cheaper prices. The new app will also be helping farmers or Agri-traders cut high costs paid to surveyors who usually visit cargo premises in the event of damage to ascertain to the amount of damage the trader has incurred.

“In the event of damage to cargo in transit, cargo owners are expected to show evidence of the quality of their cargo at or extent of damage at discharge,” Kwalar said. The application would make all the necessary information available at the fingertips while saving farmers or Agri-traders the cost of paying surveyors who would journey to visit the physical sites where cargo may have experienced damage.

Ukweli which means “truth” in Swahili is currently in a pilot phase with a top tier shipping line and a fruit farm in Africa According to the CEO, it was open to running small trials with farmers across Africa who export products to Europe. aSurveyor charges transporters and insurers a subscription fee, and applies a pay-per-use model for small traders.