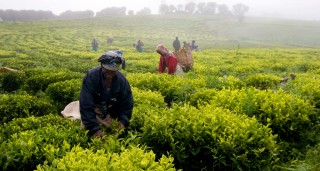 On Monday the 6th of April, South Africa’s Department of Agriculture, Land Reform and Rural Development, announced plans to set aside 1.2 billion rand ($64 million) in assisting food production of small scale farmers during the coronavirus pandemic.

South Africa’s agricultural industry comprises commercial producers and small-scale farmers, which often supply food and employment in their communities. The allocated funds would primary focus on poultry, vegetables and other livestock’s farming to ensure food security in the country

Applications will be evaluated on a cases by case basis, and farmers who qualify for assistance would need to meet certain criteria including having South African citizenship, being active in farming for a minimum of 12 months and being on the farmers’ registry.

According to the Minister of Agriculture, Land Reform and Rural Development, Thoko Didiza, “The department has ring-fenced 1.2 billion rand for assistance to mainly target financially distressed small-scale farmers.”

South Africa’s agricultural sector is one of the world’s most diverse, consisting of corporate and private intensive and extensive crop farming systems, including vegetable, fruit, nuts and grain production. The well-developed commercial farming in South Africa is the backbone to the country’s agricultural economy, as climate ranges from subtropical to Mediterranean, allowing for a multitude of farming opportunities.

South Africa is not only self-sufficient in virtually all major agricultural products but also a net food exporter, making it 1 of 6 countries in the world capable of exporting food on a regular basis.

However, a global report shows that South Africa has the highest number of coronavirus cases in sub-Saharan Africa, with more than 1,500 infected persons and 9 deaths so far. This led to a 21-day lockdown with people restricted to their homes and most businesses shuttered.

With the pandemic in sight, the country is faced with economic recession which could hit vulnerable farmers. Nevertheless, focusing on its agricultural sector would create excess food supply for local consumption and export purposes.

South Africa should capitalize on its organized farming process, and use the sector as a means of bringing the country out of its current state of recession.