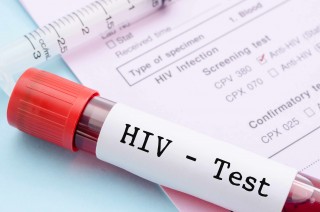 Statistics reveal that South Africa has the biggest and most high-profile HIV epidemic in the world, with an estimated 7.7 million people living with HIV in 2018.

As a result, the government took action and now finances close to 80 percent of the HIV response, and provides more than 4 million people with life-prolonging anti-retroviral treatment (ART).

In 2018, South Africa’s President Cyril Ramaphosa called for an increase of 2 million South Africans on ART by December 2020 through increased testing and treatment.

In actualizing this goal, the South African government is in partnership talks with India’s Macleods Pharmaceuticals Ltd to set up a state-owned company to make and sell HIV drugs in the local market.

The state owned company would focus solely on making antiretrovirals (ARVs). This will help supply what is known as the world’s largest ARV treatment programme.

In an interview conducted by Reuters, Dave Nicholls, board chairman at the state nuclear research and enrichment agency Nuclear Energy Corporation (NECSA), revealed that Ketlaphela Pharmaceuticals, a unit of NECSA’s subsidiary Pelchem, was in discussions with Macleods.

According to Ketlaphela Chairman, Ivan Radebe the company plans on making active pharmaceutical ingredients (API) based on a deal under which Macleods would transfer intellectual property to make drugs that the Health Department would commit to buy.

“Once authorisations from the government and regulators were in place, Ketlaphela could start formulating and packaging pharmaceuticals to generate revenue and raise funds for an API facility,” Radebe said.

South Africa has no local facility to produce API, which is the main therapeutic component in ARVs and accounting for about quarter of the cost of dosages.

After the fallout with Swiss firm, Monza Group in 2013, Ketlaphela had been searching for a partner that would invest in South Africa. At that time, the cost of setting up an API plant was put at 1.6 billion rand ($92.4 million).

Radebe however stated that the project would be financed by the New Development Bank, an institution promoted by Brazil, Russia, India, China and South Africa, a group known as BRICS. Other partners include South Africa’s Industrial Development Corporation.