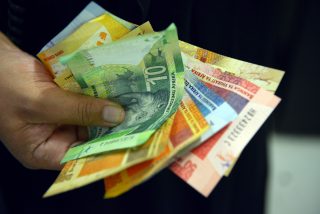 This decision comes after three members of the general conservative banks voted for a 25 basis point (bps) cut, while two voted to maintain the existing lending rate.

The cut dropped the main lending rates to 3.50% and followed a previous 275 bps of cuts this year to support the economy of the country against the impact of COVID-19 on the economy.

The bank also dropped its GDP forecast for 2020 to a contraction of 7.3% from the 7% which was predicted last May.

The country has been gravely impacted by unprecedented setbacks from the COVID-19 pandemic, forcing president Cyril Ramaphosa’s administration to consider unforeseen economic measures.

As lending rates have been slashed, the country has also obtained loans to cushion the current state of its economy.

A few days ago, the African Development Bank approved a loan of 5 billion rand to fight against the COVID-19 pandemic and finance its budget.

Prior to the pandemic, SA’s economy fell into a recession last December, thus putting the country in a more difficult situation compared to other countries hit by the pandemic.

Consumer inflation remains near the lower end of the central bank’s target quota of 3% to 6%. Meanwhile, labor unions have urged lawmakers to ease policies more aggressively.

However, the bank emphasized in its policy statement that upside risks to inflation could irrupt “from heightened fiscal risks and sharp reductions in the supply of goods and services.” The bank also added in the statement read by Kganyago that future rate decisions would be data-dependent.

Fortunately, the country’s economy has started showing indications of recovery since lock down measures were eased. The bank forecast average consumer price growth of 3.4% this year and 4.3% next, saying it expected GDP to expand by 3.7% in 2021.