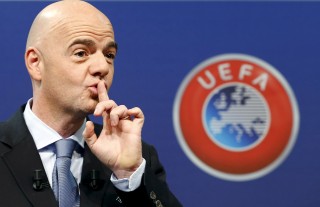 According to FIFA, in past World Cup hosting contests, votes were bought and the governing body, FIFA, is seeking to claim “tens of millions of dollars” in bribe money seized by U.S. federal prosecutors.

As seen in the tweet below, there are now claims that South Africa paid a $10 million bribe to gain rights to host the 2010 World Cup event.

According to legal papers filed in New York by FIFA, South Africa paid a bribe of $10m (£7m) to win the rights to host the 2010 World Cup. The money from South Africa was apparently paid to Jack Warner, Chuck Blazer and a third executive committee member. The money went through FIFA’s accounts and was disguised as development money for Caribbean football.

According to ABC News, the governing body is admitting to collecting bribes from several parties including South Africa. FIFA maintains its stand “despite widespread criticism that bribe-taking was embedded in its culture in the presidencies of Joao Havelange and Sepp Blatter, who was forced from office after 17 years by the current scandal.”

The new FIFA President, Gianni Infantino, is fighting back and wants to reclaim money lost during corruption revelations involving those 41 officials. The governing body also wants compensation from the accused officials for the damages their illegal actions have caused FIFA’s brand, reputation and business relationships.

“These dollars were meant to build football fields, not mansions and pools; to buy football kits, not jewellery and cars; and to fund youth player and coach development, not to underwrite lavish lifestyles for football and sports marketing executives. When FIFA recovers this money, it will be directed back to its original purpose, for the benefit and development of international football,” Infantino said.