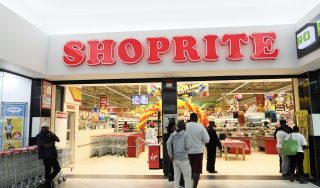 Shoprite gets 84 million rand to fund expansion in Kenya

South African-based retail giant, Shoprite Holdings, has secured 84 million rand (about Sh571 million at current rates) in a loan from Stanbic Bank Kenya to fund its expansion plan. The supermarket chain already has two stores in Nairobi, at Westgate Mall and Garden City Mall, and intends to launch more before the end of the year.

The company is set to open two new stores in Kenya, General Manager for Shoprite Kenya, Andrew Mweemba told the Business Daily in response to queries, but declined to disclose the cost. “There are two new stores coming. One opening in Nyali mall next week and another in Waterfront Karen next month,” he said.

Shoprite is Africa’s largest retailer with 2,700 stores in 15 countries. Having opened 126 additional stores in the region (including in Kenya), and creating 3,175 new jobs, the loan formed part of the Sh79 billion debt Shoprite closed the previous financial year (ended June 30, 2019) with.

The company revealed that the present financial year ending June 2020 will see the completion of a number of strategic projects that have been on its agenda for many years. “We are critically assessing capital spend in the pursuit of growth that is cash generative, return accretive and strategically beneficial,” the firm said in an update.

According to a Nielsen study, Kenya is a market with 33 percent formal retail penetration, making it the continent’s second-biggest retail centre after South Africa. This points to the reason for which the Johannesburg Stock Exchange-listed retailer is looking to grow its footprint in the East African country.

In March, City Mall in Nyali, Mombasa kicked Nakumatt (a Kenyan supermarket chain) out of its premises after the firm accumulated Sh27.8 million in rent arrears. This space was rented out to Shoprite soon after.

Shoprite already has a stronghold in the central, southern and west African markets. But the retail chain, which also operates in Tanzania and Uganda, is looking to deepen its business presence in East Africa.