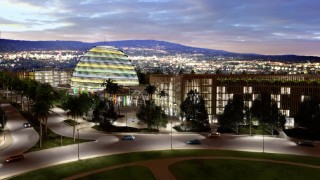 Regional and global leaders from different spheres of business, governments and civil societies, will convene in Kigali, Rwanda for the 26th World Economic Forum on Africa (WEF) from the 11th to 13th of May, this year. They will be discussing digital economy catalysts capable of driving radical structural transformation and strengthening public-private collaboration on key global and regional challenges. They are also expected to agree on strategic actions that can deliver shared prosperity across the continent under the theme “Connecting Africa’s Resources through Digital Transformation.”

This will be the second time that the WEF is being held in East Africa, and the first time in Kigali, Rwanda, which is only widely known for the genocide which began in 1994. Regardless, Rwanda has dramatically transformed its economy, emerging as a regional high-tech hub that boasts one of sub-Saharan Africa’s fastest GDP growth rates. It is one of the continent’s most competitive economies and a top reformer in improving the business environment. In the past two years it has successfully hosted several notable conferences like the pan-African AfDB Annual Meeting in 2014, Transform Africa Summit in 2013 and 2015, and the 84th Interpol General Assembly in 2015. Rwanda is expected to host the African Union Summit in July and the Africa Hotel Investment Forum in October, this year.

This event is crucial for the continent as it is set to take place at a time when the price of oil and other commodities have fallen in the global market. Several economies have been forced to devalue their currencies while some are going through food shortage as a result of droughts while battling security threats from terrorist groups like Boko Haram and al-Shabaab.

The International Monetary Fund, in its Africa Economic outlook for 2016, has cut its 2016 forecast for Africa from 4.3 percent to 3 percent. The report also indicated that the growth of Africa’s largest economy, Nigeria, is expected to be 2.3 percent while South Africa’s economy is set to expand by only 0.6 per cent this year. However, East African nations such as Ethiopia, Kenya, Rwanda and Tanzania seem to be Africa’s brighter spots with Senegal and Ivory Coast as the only countries from another region on the spot.

The IMF also warned that governments need to implement an urgent and substantial reform as prolonged domestic downturns and other weak external factors subdue growth. In this context, African leaders need to pursue new approaches to ignite structural transformation, particularly in the face of rapid technological changes that have the potential to create new industries and reduce inequality.

Some notable African leaders to be present at the event include:

Tarek Sultan AL Essa – Chief Executive Officer and Vice-Chairman of the Board, Agility