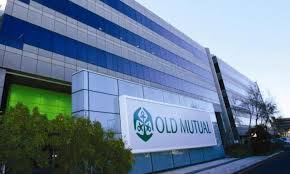 Old Mutual, one of Africa’s biggest life insurers, at the weekend said the deal to sell one of its units, Skandia Poland, to Vienna insurance group, AG Wierna Versicherung Gruppe, had now been completed.

The insurance firm had decided to sell Skandia Poland to make simpler its businesses in Europe and pay more attention to its many core growth markets. It however did not disclose how much it got for the sold unit.

Skandia Poland is part of Old Mutual Wealth, which is Old Mutual’s unit providing investment solutions to people living in France, the United Kingdom, Poland, Italy and many other global markets.

Its products are distributed in the Middle East, the Far East, South Africa, Latin America, Germany, Austria and Switzerland. By September 30 last year, Skandia Poland had funds under management (FUM) amounting to €414 million.

Earlier this year, Old Mutual said it had sold its European units, Skandia Germany and Skandia Austria, to an acquisition vehicle, Cinven and Hannover Re, for €220 million ($160m) in cash.

Old Mutual, which is listed in Johannesburg (JSE) and London (LSE) said this transaction was part of Old Mutual Wealth’s strategy to streamline its businesses in Europe and focus on other growth markets.

The deal still has to be approved by the relevant competition authorities in Europe and will be completed by the close of the third quarter of this year. Old Mutual said it will keep the money and use it for ‘general purposes’ for the firm.