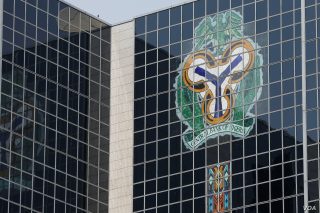 Nigeria’s banking regulator is considering a further increase in the minimum loan-to-deposit ratio (LDR) of commercial banks after raising the lending requirement twice this year.

In a circular issued July, the Central Bank of Nigeria (CBN) had mandated all deposit money banks (DMBs) to maintain a minimum LDR of 60 percent by September 30, 2019. The requirement was then reviewed to 65 percent in October, which is to be attained by December 31, 2019.

From the most recent target of 65 percent by the year-end, the regulator plans to increase LDR to 70 percent by 2020, the bank’s Director for Banking Supervision, Hassan Bello, said this week, adding that industry lending has increased by over N1.1 trillion within the period the bank increased LDR.

“Now, we are thinking of doing 70 percent by the end of next year,” he said. “The central bank increased the minimum loan-to-deposit ratio to encourage banks to lend and de-risk the real sector, particularly the SMEs. This is to encourage employment.”

CBN Governor, Godwin Emefiele, also recently said credit to the private sector had improved by N1.6 trillion following the directive to banks to raise their LDR to 65 percent.

While increasing the lending ratio has enhanced credit into the economy, experts argue that it might increase the level of non-performing loans (NPLs) recorded by banks in the country.

However, regulatory agencies have been implementing measures to further de-risk the financial sector. One of these is the recent approval by the CBN for banks to access deposits of loan defaulters in other banks.

Bello also noted that the level of the banking industry’s non-performing loans has dropped significantly to 6.6 percent, stating that there were no threats to the stability of the banking system as a result of the recent policies implemented by the CBN.

But beyond the issue of non-performing loans, the International Monetary Fund (IMF) has warned that raising the minimum LDR could weaken commercial banks’ balance sheets as well as lower the cost of funds.

“Nigeria introduced a requirement for banks to achieve a minimum loan-to-deposit ratio, which could significantly weaken banks’ balance sheets and lower the cost of funds (as banks could quote low rates to curtail new deposits),” the Fund said in its latest Regional Economic Outlook for sub-Saharan Africa.

The global credit rating agency, Fitch also expressed concerns on the CBN’s move to increase the lending requirement for commercial banks, citing a mismatch in economic policy management under the current administration.

According to the agency, the apex bank’s recent attempts to improve economic activity by incentivizing bank lending counter the goal of maintaining a stable exchange rate, a trend that is bad for the economy.

In the report released August, Fitch said several recent measures to boost lending have contributed to a temporary loosening of domestic financing conditions. This, combined with falling oil prices and deteriorating investor sentiment towards emerging markets such as Nigeria, puts pressure on the naira.

Despite these warnings, the central bank has indicated it has no plan to reduce the LDR, but may rather increase it as it looks to improve lending to the real sector of the economy.

Hassan Bello was speaking at the 2019 Workshop for Finance Correspondents and Business Editors, organized by the Nigeria Deposit Insurance Corporation (NDIC) in Yola, Adamawa State.