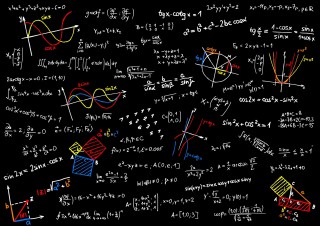 A lecturer at the Federal University, Oye-Ekiti, Ekiti state, Nigeria has solved a 156-year old math problem. Dr. Opeyemi Enoch becomes the fourth mathematician to solve one of the seven Millennium Mathematics Problems. This comes a week after a Nigerian, Wellington Jighere, became the first African to win the World Scrabble Championship last week. Nigerians seem to be breaking records everywhere in the world.

The problem, known as the Riemann Hypothesis, is considered one of the most difficult problems in mathematics. It warrants a one million dollar prize if solved.

Co-incidentally, Dr. Opeyemi handed in the results of the math problem exactly 156 years (November 11) after it was given by a German mathematician in 1859. These results were handed in at the International Conference on Mathematics and Computer Science in Vienna, Austria. The answers to this math problem will be applicable in areas such as cryptography and quantum mechanics.

Dr. Opeyemi Enoch who is from Kogi state is also an innovator. He invented a silo structure (storage structures for livestock feeds and typically large in size), which is smaller and more affordable for farmers. He is also interested in finding ways to use mathematical models to help us understand environmental sustainability and climate change.