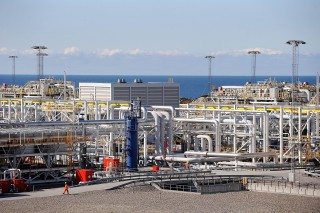 The United Republic of Tanzania has the second largest economy in East Africa, and the Twelfth largest in Africa. A great contributor to this is its agricultural sector, which accounts for 24.5 percent of the country’s GDP, 85 percent of exports and over half of the employed workforce. The country had relied heavily on this sector to drive its economy, but the emergence of natural gas is expected to change that narrative. Commercial production is scheduled to begin in September this year and expectations are high that the new commodity will rival the dominance of agriculture and enhance living conditions.

About 35 percent of Tanzanians currently live in poverty, making the news that gas discoveries could provide a similar number of jobs to agriculture mouthwatering. Sospeter Muhongo, Tanzania’s former Minister of Energy and minerals, said during a press conference last August in Dar es Salaam that developments have already been made towards the provision of jobs as many have been drafted into training programs to enhance their professional skills before they are deployed into the market. The goal is to train 300 workers by 2020, including lawyers, accountants, auditors and engineers. Some students already study abroad on scholarships from the government of China, as well as in Norway, U.K., U.S. and Brazil. “I am hopeful that in five years’ time our country will have the largest number of local expertise in the natural gas and oil industry,” he said.

The recent development is also viewed as a ticket to improving the unreliable electricity in the country. In Tanzanian, only 24 percent of the population is connected to the national power grid, a number that drops to 7 percent in rural areas. Simbachawene said the government will invest in new gas-fired power plants to boost electricity supply in the country, which has frequently been hit by chronic energy shortages. “During 2015/16 the government will start implementing the construction of a 240-megawatt power plant that is expected to cost $344 million.”

He also said a pipeline connecting offshore natural gas fields to Tanzania’s commercial capital Dar es Salaam will be commissioned in September. The government claims the pipeline will enable the country switch to gas-fired power plants and reduce oil imports, leading to annual savings of over $1 billion.

Although, there are high expectations set in place for the Tanzanian government with regards to the gas, the government is tasked with battling issues of public distrust and disillusionment with the covert trade deals.