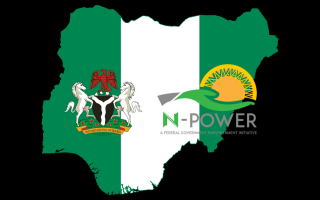 Is the N-Power programme key to delivering one of Buhari’s campaign promises?

On Sunday, November 20, 2016, the Nigerian Government announced its readiness to deploy 200,000 unemployed graduates for the first batch of its N-power scheme. The figure is expected to rise to 500,000 as the programme is set to commence on December 1, 2016.

“Altogether, the N-Power will engage and train 500,000 young unemployed graduates. It’s a paid volunteering programme of a 2-year duration that engages graduates in their immediate communities where they’ll assist in improving the inadequacies in the education, health and agriculture sectors,” Senior Special Assistant to the Vice President on Media and Publicity, Laolu Akande said.

The APC-led Buhari-Osinbajo administration made several campaign promises before assumption of office on May 29, 2015, among which is the creation of 3 million jobs in one year. However, this promise was contradicted by the Vice President, Professor Yemi Osinbajo who said the Federal Government plans to create 3 million jobs in 3 years. In order to deliver on this campaign promise, the N-power programme was established on June 8, 2016, as a social intervention programme to address unemployment and diversify the economy.

Although this is a laudable feat, there are debates among Nigerians on whether the economy and political atmosphere can sustain this programme. These concerns arose as the Federal government is yet to fully demonstrate its capacity to handle such a large-scale project.

The level of unemployment in Nigeria has been on the rise since 2015, as figures from the National Bureau of Statistics in August 2016, put the youth unemployment rate of 42.2 percent and a national unemployment rate of 13.3 percent. Following the high rate of unemployment, the N-power seeks to reduce the number of unemployed graduates by 500,000 by 2018. These first batch of 200,000 successful applicants are expected to work for 24 months in the 36 states earning N30,000 ($64) on a monthly basis.

What impact can a stipend of N30,000 do to ease the situation of these beneficiaries in the face of the current economic recession?

Basic amenities such as shelter, feeding and transportation may not be adequately catered for with the provided funds. A minimum rate of N300 (64 cents) for transportation and N500 ($1.07) for lunch for 25 working days sum up to N20,000 ($43.01) per month. The balance of N10,000 ($21.50) cannot cater for accommodation and the associated costs such as light, water, and waste management bills.

In terms of fiscal cost, at the current rate of N30,000 monthly cost for 200,000 persons, Nigeria is expected to spend N144 billion ($309 million) in 2 years which would swell up to N300 billion ($645 million) once the target number of 500,000 is reached. Can the Nigerian Government fund the project in the face of inflation currently pegged at a record 18.33 percent and an unstable foreign exchange situation?

After N-power, what next?

After the programme, what happens next? Are the beneficiaries re-injected into the Nigerian labour market? The Buhari administration seeks to reduce the number of unemployed youth by engaging them through the N-power programme but the overall success goes beyond the short-term implementation of the scheme but the long term effects the policy is expected to have in the lives of those involved as well as the economy of Nigeria.