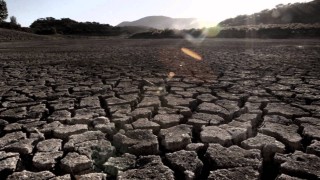 From air pollution and heat waves in Asia and Europe to flooding and drought in Africa, climate change-related disasters are threatening human existence and are slightly eating up funds that could be directed at ending world poverty, with more than $100 billion in losses recorded every year. This could be made worse by climate change.

According to a 1998 United Nations estimate, it would cost $40 billion to provide education, water, sanitation, nutrition and basic health care to the entire population of every developing country. This is equal to $58.4 billion today when adjusted for inflation.

The enormity of the effects of climate change, especially its potential to reverse development has brought more focus to the issue, with advocacy and activism not just the weapons now used to fight but governments and privately held organizations alike now engaging in climate finance.

A new report by the Overseas Development Initiative (ODI) notes that the fight against climate change can support poverty reduction, improve access to better energy and public transport services, as well as reduce pollution. But if unabated, climate change will significantly affect and potentially reverse development progress.

The report says developing countries have ramped up domestic public finance investments in responding to climate change, which could be more than 17 percent of the national budget in some counties. To further drive this home, policies are being made in favour of the fight, such as directing investments away from high-carbon technology and towards better management of climate risks.

Financial institutions are also standing up to the challenge. In 2014 multilateral development banks (MDBs) committed over $28 billion for climate action in developing and emerging economies, while the International Development Finance Club committed $89 billion in 2013. MDBs now adopt targets to increase clean energy investments, measuring greenhouse gas emissions associated with every dollar. They are also starting to screen investments for climate change risk and support adaptation measures. Projects that pose risks of any nature to the environment find it hard to get funding these days.

“These are important initial steps,” the report notes, while advising new actors in development and infrastructure finance, including financial institutions based in developing countries, to adopt new tools and metrics to encourage investment in low-carbon development and manage climate risk.

High-level political representatives and relevant institutional stakeholders, non-governmental organizations and business sector entities have convened at Addis Ababa since July 13 for the Third International Conference on Financing for Development, and will until July 16 hold meetings that would result in an intergovernmentally negotiated and agreed outcome, which should constitute an important contribution to and support the implementation of the post-2015 development agenda.

The Millenium Development Goals (MDGs) expire at the end of this year and will be replaced by the Sustainable Development Goals (SDGs) which will run for the next 15 years. But the achievement of all the post-2015 goals is tied to tackling climate change. It is, therefore, important for more focus to be on curbing climate change, using policy actions and climate finance to reduce emissions so as to avoid catastrophic, irreversible climate change, effects of which will be more than millions eagerly spent on responding to disasters can contain.

International finance largely supports the response to disasters, which costs five times more than what is spent preparing for it. Climate finance, therefore, presents a new opportunity to reduce future climate-related disaster risk as the world moves towards a sustainable future for all.