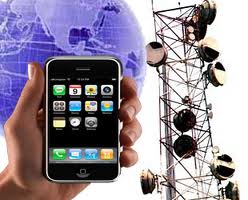 Telecom Egypt, the North African country’s fixed like operator, had signed a $2 billion contract to provide infrastructure and global calling services to mobile operators Mobinil and Vodafone, it emerged on Tuesday.

This means the two mobile operators will utilise Telecom Egypt’s infrastructure instead of constructing their own.

In terms of the deal, Mobinil has arranged to use Telecom Egypt’s infrastructure for the next half-a-decade while Vodafone has signed for three years.

This deal will see Telecom Egypt, which is 80 percent state-owned, generate a “minimum of LE3 billion in revenues during the agreement’s duration”, according to Al Ahram Online.

Telecom Egypt will dispose of a 45 percent interest it holds in Vodafone Group’s local unit, the government said late last year. However, it did not name the potential buyer.

In addition, Telecom Egypt will permit Mobinil and Vodafone to utilise its global gateway services, which connects calls through borders, for 48 months.

Telecom Egypt’s “share of the revenues from this service” will amount to 35 percent, the fixed line operator said.