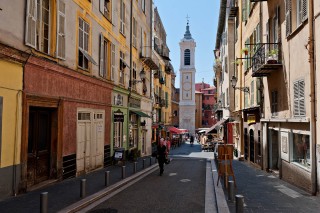 ‘No-go’ zones for women: How a group of activists are taking back the streets of France

What are you looking for madam?

I’m looking for someone

It’d be better if you waited outside

Because there are just men here.

Well that doesn’t matter, we live in a world with both men and women in it

This is a conversation held between an activist who is a woman, and a man in a Café in Servan, Lyon, France, a pinnacle of civilization, and as we have just seen, a hub of misogyny. In some streets in the outskirt of Paris like Servan, ‘it does matter’ if you don’t wait outside cafes, it does matter if you walk on some streets, it does matter if all you want to do is buy a cup of coffee or sit down and talk in a restaurant. Why? Because you are a woman. Imagine the absurdity?

Somewhere in Lyon France, a Muslim dominated area, men have laid a ban to gender mixing in some streets and some cafes. This means that women are not allowed to be on the same street as men, and not allowed to use the same cafes or restaurants as men. And when women dare to go to these cafes, they are either intimidated, ridiculed or the men treat them like a contagious disease and simply leave the cafe. This habit, fostered by culture and religion, has obviously not resonated with French women and they have launched a fight to take back areas of the country that have been turned into no-go zones by Muslim men.

A women’s rights campaign group has started to organize marches and protests, through walking on the streets that men have deemed illegal, and visiting cafes, that have obviously been built for male domination and total occupancy. Why? Because the owners of these cafes have set the precedence, or just followed it. These measures taken by women activists who will simply not accept a status quo that is demeaning, and frankly oppressive, is to retake these streets that fragile men have marked for their domination to feed their and foster their fragile masculinity.

In Lyon and some other parts of France, women are not only intimidated off the streets, they are also made to dress conservatively, even going as far as not wearing red lipstick, so as not to be threatened or abused by Muslim men. Imagine a life where you are simply too scared to walk freely on a street because gangs of  men rule them, and on top of that, riding yourself of any form of self-expression because it makes men uncomfortable. If this is too far to imagine, then simply imagine being a woman in one of these repressive societies.

France like the rest of the world is plagued with the mental sickness of misogyny, and inequality. And it isn’t surprising that people will classify a particular street or café for men. There is nothing surprising at all, about misogyny, why? Because we are aware of the full scale of sexism, but what we must refuse to do is to consider it normal, through silence, accepting defeat or comfort in marginalization and oppression.

Some women in France, agree with the activists and their movement. However many others simply agree to this, not because they don’t find it questionable but because they are simply comfortable in whatever repression, that they really cannot imagine a life outside of that bubble. This has become a norm, and this is the simple case of the oppressed thinking like the oppressor.

During the course of a recent video, the women kept on saying “we are in France”. They expected that being in France meant being free from oppression, but that isn’t the case. For some women in most parts of the world, the only way out of oppression is to stop breathing. And as a woman, wherever you find yourself, whatever country, you might/will encounter sexism one day in your lifetime. And this should never be considered as normal. We need to remember that silence is aiding, and speaking without actions isn’t any better. We also need to understand that cultures which accept or promote the degradation of women or any human being should simply be dropped with no negotiation.