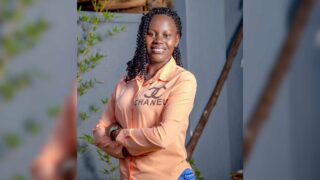 “Women of Africa till all their lives on land they do not own, to produce what they do not control, and at the end of their marriage, through divorce or death, end up empty-handed.” – Julius Nyerere

These were the words of a former Ugandan President at the 3rd world conference on women in 1984 in Nairobi, Kenya. He is not wrong to have said that, as prejudices against women were rampant in that age. Sadly, it still exists to date in several parts of Africa. For example, Uganda is a landlocked country in East Africa, where agriculture has for a long time been their economic mainstay. This is evident in its status as the food basket of East Africa due to its capacity to produce diverse foods in large quantities to meet both local and international consumption. The country’s agricultural sector contributes 40 per cent of GDP and 85 per cent of export revenues.

In Uganda, smallholder farmers champion agricultural productivity, and women constitute 76 per cent of agricultural labour. Hence, women play a vital role in the sector. Logically, a higher number should result in higher output, but this is not the case; women’s productivity is relatively poor compared to men’s. This is because, in addition to the challenges shared by all smallholder farmers, such as the rippling effect of climate change and a lack of access to agricultural resources, the burden faced by women farmers is exacerbated by cultural norms.

In many African communities, women are still not allowed to own lands and have less decision-making power. Naluzze Bonita, a single mother of three children living in one of the suburbs of Kampala, Uganda, is one such woman. Being a full housewife with no source of income had its pitfalls. Women become vulnerable, especially financially when separated from their partners by divorce or death. The absence of Bonita’s husband made her transmute from being just a caregiver to the breadwinner of her family. The more she strained to make ends meet, the further apart they became.

Fortune smiled at her in 2018 when the Women Smiles Uganda team approached her to start smart agriculture. Women Smiles Uganda (WSU) is a social enterprise improving the lives of women and young girls in under-served communities of Africa, especially those living in urban slums who are landless and have limited spaces through smart agriculture using vertical farms. This meeting positively changed the course of her life. “After the training, I purchased a vertical farm unit at a fee of 150,000 Ugandan shillings ($42) and got quality seedlings from Women Smiles Uganda, and that is how I started my farming journey. Now I plant cotton, herb spinach, lettuce, and strawberries,” she said.

Bonita isn’t alone in this struggle. Lilian Nakigozi, founder of Women Smiles Uganda has a similar story. Having lived in a slum, she understands the travail of women to feed and cater to their children. She was raised in hardship with her baby sister by a single parent. Her mother had no money to put food on the table and no land to grow crops on. And when she was eight years old, she lost her baby sister to hunger. “As I grew older, I promised myself that I needed to do something to change the experience of women and young girls in urban slums and underserved communities. That is why I ventured into vertical farming and established Women Smiles Uganda in 2018,” Nakigozi said.

Vertical farming is a form of controlled-environment agriculture aimed at optimizing plant growth using soilless farming techniques such as hydroponics, aquaponics, and aeroponics. Although it is not new to the continent, it is yet to gain wide adoption. Several factors are fostering its gradual adoption on the continent. About 60 per cent of the world’s arable land is in Africa, but the continent is particularly hit hard by the effects of climate change. This, in turn, affects agricultural productivity, and with a 1.3 billion projected population by 2050, Africa needs all possible means to feed its teeming population. Vertical farming is one of the sustainable ways to achieve this.

“Opportunities abound in the use of urban farming. Although we have many lands in Africa, they are infertile, and farmers are experiencing climate change. The only way is to go into vertical farming. There are also very few women who own land and have land titles to their names. That poses a big challenge because we constitute more than 70 per cent of the agriculture workforce. With vertical farming, they are not limited by space and they can grow a variety of crops using the small space they have,” Nakigozi explained.

The WSU team reaches out to women and young girls in urban slums and recruits them into their training programme, where they learn to grow varieties of crops like strawberry, lettuce, beans, maize, spinach, spices, etc. During training, they assist clients in establishing garden steads using cost-effective and innovative products that require less space and water for crop production, focusing on ecological regeneration. The farm is a garden in a box that can be assembled and positioned on a rooftop, schoolyard, office building, or walkway, making it easily accessible to anyone. Each unit costs 150,000 Ugandan shillings ($42), has a capacity of 200 plants, and can house a variety of plants at the same time.

Other than that, WSU goes the extra mile to get a ready market for these women to sell their agricultural produce. The end goal is to improve food security, agricultural diversification, and opportunities for women to improve their livelihoods.

In terms of challenges, Nakigozi cited the pandemic as a key disruptor. However, like many companies, WSU mitigated the effects with strategic thinking. “Restrictions on movement caused labour shortages for agriculture and made it difficult for farmers to bring their products to the market. The WSU team was restricted, and it was tedious to get client supplies or even train them. We started a door-to-door initiative in our community and an online shopping platform to deliver fresh produce during the lockdown. We made the challenge an opportunity and redefined our strategy. We resolved to supply fresh vegetables to hospitals instead of schools that shut down. That was how we managed to manoeuvre the situation. We are glad that we did not give up, but instead, turned those challenges into opportunities,” she said.

Also, finance is still a challenge for Nakigozi. Being a female founder makes it more difficult for her to secure funding. There are many statistics to back up the underrepresentation of women in raising funds globally and in Africa. According to the latest report by Disrupt Africa on startups on the continent, Agri-tech underperforms for diversity, with only 9.1 per cent of funded ventures having a female co-founder. “We all know how hard it is for female founders to access funding compared to male founders. What we are trying to do currently is to partner with some organizations that have the resources we need. We recently partnered with the African agro-business academy. Through their platform and network, we have access to agricultural input for planting and training. We also partnered with Foodbox, a Namibia-based company, to train about 500 Namibians. That is how we are managing presently. And we are also looking for future partnerships in organizations that may be interested in what we do and the project we implement,” she explained.

WSU has also joined companies adopting technology to transform agriculture in Africa. WSU has incorporated technology into its business in many ways. First, there is an online platform where clients can access training. People in Uganda already benefit from this. Plans are in the works for people outside of Uganda. Furthermore, WSU integrated the vertical farm units with a drip irrigation system. So rather than use a watering can, an agric irrigation system is installed to the vertical farm unit.

Nakigozi believes that because food scarcity is a problem in many African countries, WSU has an outstanding opportunity to scale. We are considering expanding into Eastern Africa and collaborating with agricultural and composite manure-related companies.

Since its inception, WSU has trained 6,500 women and young people in sustainable urban farming, setting up vertical farm units for them. “From the success stories we get as feedback from clients, many of them have made significant progress. There was a time they had no source of income and no hope. But with our programme, they now have disposable income and can now feed their children,” Nakigozi said.

“It has been a life-changing experience for my family,” Naluzze Bonita testified. “As I speak now, I have increased my vegetable production capacity from 200 plants to 1000 plants. And my revenue surplus has also increased from $600 to $1,700 in a year. I also have a food store in the market,” she said.

Nakigozi is fulfilling her dream of making a difference in people’s lives. Mrs Food, as she is fondly called in Uganda, looks forward to impacting more communities and training two million women and young girls in vertical farming practice with her vibrant team. “We believe that by collaborating and involving women, communities can help each other transcend poverty and financial reliance. Hopefully, we will be able to accomplish this soon,” she said.