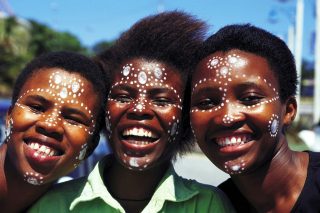 IWD 2021: Ngozi Okonjo-Iweala, Dupe Olusola and the inspiration to Choose to Challenge

The year 2020 showed us something we have always known but hardly acknowledge; the crucial role of women in leadership. Women were celebrated as some of the most effective leaders as the pandemic ravaged different countries across the world. In fact, female heads of government, including New Zealand Prime Minister, Jacinda Ardern were applauded for their handling of the crisis.

But as the world celebrates International Women’s Day, we are reminded of the importance of women in society-especially as leaders, and how they can help the world achieve more and be better in a post-COVID world. Now more than ever, the world is looking up to exceptional individuals as we make a rallying cry to shatter gender barriers. Thankfully, we have great examples of women who can inspire the present and future generations.

It has just been days since former Nigerian Minister of Finance, Ngozi Okonjo-Iweala took over as the Director-General of the World Trade Organization. Once her appointment was confirmed, a #BeLikeNgozi hashtag trended in many parts of the world. She also becomes the first African and first female to lead the WTO, continuously inspiring women to choose to challenge. Recall that she had in the past ‘challenged’ for the number one job at the World Bank Group.

Dupe Olusola became MD/CEO of Transcorp Hotels Plc. as Nigeria faced a daily increase in cases of COVID-19 in the country and implemented a lockdown that lasted several weeks. Despite hospitality being one of the hardest-hit industries, the new Transcorp Hotels MD kept the business afloat and devised strategies for growth beyond the pandemic.

The pandemic is not over, but Olusola has continued to execute her growth strategy, with the launch of Aura, an online platform for booking short let apartments, vacation homes, restaurants, and experiences. The Transcorp Hotels boss said the launch of Aura is part of the company’s asset-light strategy as it continues to leverage technology and its three-decade-long expertise in hospitality to foster expansion and growth.

Passionate about women in leadership and catalyzing change, Olusola walks the talk in inspiring women and giving women all the support they need to thrive in the workplace. Driving the growth of Transcorp Hotels’ new business Aura, she is also joined by Ifeoma Okafor-Obi, who performed a great feat at the Tony Elumelu Foundation (TEF). Women like this put a spotlight on just how much we can achieve if we break down the deep-seated historic, socio-economic, and cultural barriers preventing women from becoming leaders and taking their seat at the decision-making table.

As the United Nations Development Programme (UNDP) noted, we need to make resources and power more equitably distributed. Inequalities like women’s concentration in the lowest paid jobs, the higher likelihood of women losing their jobs during the COVID-19 crisis, and the fact that the pandemic will dramatically increase the poverty rate for women and widen the gap between men and women who live in poverty, are some of the abnormalities the UNDP is working with countries across the globe to address.

While organizations like the UNDP continue to fight for the economic security and independence of women, it is notable that we are gradually seeing more women in leadership positions in Africa, both in public service and private corporations. From Okonjo-Iweala in the World Trade Organization, Amina J. Mohammed in the United Nations and Dupe Olusola in Transcorp Hotels Plc., it is imperative that the continent shows a collective resolve to get more women into leadership positions.