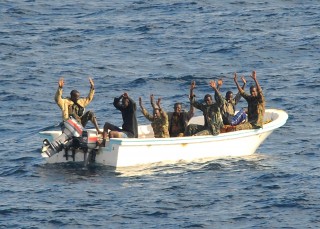 Security forces in Ivory Coast have confiscated $40 million of cocaine in the country’s coastlines. This seizure, which occurred on Tuesday, 4th of February 2020, is the biggest the country has ever recorded.

Communication Advisor, Yves Zogbo Jr, stated that “security forces launched a maritime operation to seize 411 kilograms of cocaine on the high seas.” The cargo is believed to have arrived as a single consignment from Brazil before being transferred onto three smaller boats, he said.

The geographic makeup of the Ivory Coast has made it vulnerable to various forms of illicit trafficking. It occupies a central position in the West African region and has porous borders. This puts the country in a vicious position as a country of origin, transit, and destination for illegal trafficking. With a population of about 20 million people, a large percentage of its youth are actively involved in drug abuse as the government battles to curb illicit drug production and consumption.

In a bid to accurately address the threat of transnational organized crimes, including drug trafficking, UNODC, DPA/UNOWAS, DPKO, and INTERPOL, in 2009, launched the West African Coast Initiative (WACI), to support the implementation of the ECOWAS “Action Plan to Address the Growing Problem of Illicit Drug Trafficking, Organized Crime and Drug Abuse” in the sub-region. WACI led to the creation of Transnational Crime Units (TCU), meant to enhance national and international coordination, as well as to enable intelligence-based investigations.

TCUs are elite inter-agency units, trained and equipped to fight transnational organized crime and to coordinate their activities in an international framework. As of 2016, TCUs were fully operational in Liberia, Sierra Leone, and Guinea Bissau, and in the start-up phase in Côte d’Ivoire. Over time, the Ivorian government has enhanced its unit, which helps collect and share information about drug trafficking and other forms of illicit smuggling.

Also, in October 2018, the British government delivered a device that could help in the detection of illicit substances during anti-smuggling operations to the country. The device was donated to aid efficient investigation of all types of smuggling and trafficking.

A 2013 survey shows that enforcement agencies have seized several types of drugs and narcotics such as heroin, cannabis, ephedrine, cocaine, benzodiazepines, hashish and a large number of prohibited products in recent times. Before now, all these products were seized on large scales and frequently but the country has experienced a net decrease recently due to tightened security measures by the government.