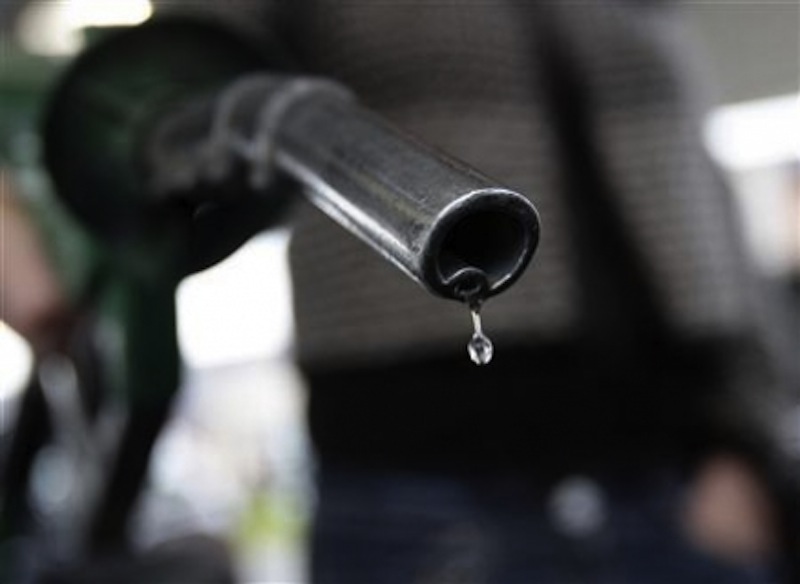 “The truth is that we are entrepreneurs in Nigeria; we are a free enterprise people. We are people who can create wealth…” Mr. Wale Oluwo BGL Securities Limited, Nigeria.

It is no longer news that President Goodluck Jonathan ushered Nigerians into the New Year with the removal of fuel subsidy, thus increasing the pump price of fuel from N65 per liter to about N141. Everyone, especially the people at the bottom of the pyramid, are still adjusting to the impact of this action. But what is new is the recent announcement by the federal government for the Subsidy Reinvestment Programme (SURE) to be re-written.  But that is not the focus of this article.

When the fuel subsidy was removed in January, the cost of transportation and the price of commodities in the market skyrocketed.  “Last year, we bought a full basket of tomatoes for N250 but after the increase in price of fuel, we now buy the same product for N600 and a lorry truck of tomatoes which before goes for N3,500 now goes for N7,000 in Mile 12, Lagos,” a trader in Pako Baurwa, Lagos, Nigeria, Mohammed Taoffik, shed light on how his sector was affected.

But it was not only transporters and traders who were affected by the increase in price of Petrol Motors Spirit (PMS).  Wale Pelemo, a public servant from Ondo State says,  “I have to trek miles away from home to work so that I would not end up spending my monthly salary on transportation and leave my family to suffer.”

The removal of fuel subsidy on PMS and the subsequent increase of the price of PMS from N65 to 141 stirred up a lot of criticism against the government from many civil rights group, which led to protest and street rallies and later to a total shutdown of the economy on January 9th, 2012.

During the six days protest against fuel subsidy removal, there were series of meetings between the leadership of the Nigeria Labour Congress (NLC), Trade Union Congress (TUC), Nigeria Bar Association and the Joint Action Front on the removal of fuel subsidy and the Federal Government represented by the Minister for Finance and Coordinator of the Economic Team, Prof. Okonjo Iweala; Minister of Petroleum, Mrs. Diezani Alison Madueke and the Governor of the Central Bank of Nigeria, Lamido Sanusi. The Federal Government alleged that the funds recovered from the fuel subsidy would be channeled towards Subsidy Re-investment programme (SURE) set up to create infrastructures, health care and other basic amenities for Nigerians.

Justifying the need for the protest rallies, the National Secretary of Joint Action Front, Biodun Aremu, who joined forces with the NLC, said: “This was part of the similar protests held when the price of petrol was increased and increment in Value Added Tax by the then outgoing President Olusegun Obasanjo which was held by TUC NLC and JAF. “This struggle was for a reversal in the new imposition of a new price regime beginning from January 1st, 2012 which took everyone unaware. Although we were not surprised about it because we never believe in this government as it is government that is continuing the same neo-liberal economy agenda of the past governments; also sustained between 1999-2011.”

Aremu insists that the current Nigerian government is implementing a policy of deregulation and privatization. “The implication is that government have no business being in business and cease to invest in social welfare of the people.”

He adds, “If you are only concerned about profit that can be made and not the warfare of the people, for us particularly in JAF, we are oppose to any kind of deregulation and privatization.”

The strike against the removal of fuel subsidy is one battle lost. The federal government ignored the call for a total reversal of the price of petrol to N65. It is now sold at N97 per litre.

“But at least we were able to force the government who was bent on no reversal to another price regime,” said Aremu.
Myths about fuel subsidy

The fuel subsidy is a price difference the government pays so that fuel can be available and affordable to the people in all the state of the federation. Although there is no statistics on the process in Nigeria, the revenue allocation formula is used to allocate the fuel subsidy dividends to each state. Lagos State is said to be the largest consumers of fuels.

On how much is spent on subsidy, the Minister of Finance in the heat of the brouhaha quoted a figure of N1.4trillion, CBN quoted N1.7trillion while other source quoted a figure close to N2trilion. The lack of accurate figure further intensified Nigeria’s distrust of the actions of government.

Is Nigeria really broke or without fuel subsidy will we not have investment in capital projects? This has been the major crux of debate between the labour movements and the federal government of Nigeria on the subsidy removal on PMS.

According to the Coordinator of the Nigeria Economic Council, Okonjo-Iweala, the federal government has not been able to execute most of her capital projects in the outgoing year and often times they are represented to the Annual Budget because of shortage of funds to do some of these projects. Thus, she added that the government would rather use the money spent on fuel subsidy to provide good roads, health care centre, and portable water and revamping of the education sector across all sector of our national life.

Ironically, in Nigeria many of the good roads, general hospitals and other amenities were built with past public funds. Besides, one would wonder how the Central Bank of Nigeria that spent about N800billion to rescue ailing banks owned by few Nigerians last year is unable to subsidize fuel for other Nigerians.

Government is not the solution to our economy

Meanwhile, a financial analyst, Mr. Wale Oluwo,  of BGL Securities Limited, in an interview said,  “The problem we face today is because government entered the private sector. Government does not have any business going into that the various sector like aviation, hotels, telecommunication, media, aluminum production and other economy activities.”

He said that what Nigeria had, since the last 20 years when Structural Adjustment Programme (SAP) was introduced, was a gradual process of taking government out of these sectors.  “Anytime we succeed in doing that we’ll have a much more vibrant and robust economy that is cost effective. It is not when government takes over business that the market open up to private investors. Let us accept that government is no longer the solution to our economy problem.”

He added that Nigeria have made the fundamental error of adopting the American political system based on Presidential system of government and then combining it with British economy strategy, which is based on government providing all the necessity facilities.

“It is Britain that you have British Airways, British Broadcasting Corporation and others. The challenge is that you cannot combine the presidential system of government practice by United State of America with British economy system model, which is a complete misnormal.” He noted that it is an attempt to adopt the British system that produced the Nigerian Television Authority, a federal government-funded Television broadcasting station; Nigerian Aviation; Nigerian Railway Service etc.

“The truth is that we are entrepreneurs in Nigeria; we are a free enterprise people. We are people who can create wealth. The America model would have served us better because the America government never own any airline since their independence but the truth of the matter is that the biggest airline in the world is in the USA and that is the power of the private sector,” said Olowu.

He encouraged for Nigerian government to create the enabling environment for more entrepreneur to create the value needed to grow the Nigeria economy.

The trader, Taoffik and the civil servant, Pelemo unlike Olowu  is more concern about the need for the government to be socially responsible to over 150 million Nigerians. Their experiences depicts the reality of the impact the hike in the price of fuel has affected other sectors.

The federal government has called for the Subsidy Reinvestment Programme (SURE) to be re-defined. But is it pathway to economy transformation in Nigeria? Only time will tell.

About the Author: Adeola Ogunlade is a Journalist based in Lagos Nigeria. He is a freelance writer for Ventures Africa. He also reports for The Nation newspaper.