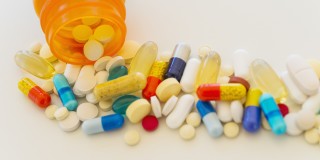 The growing rate of drug abuse in Nigeria has made it difficult for the National Drug Law Enforcement Agency (NDLEA) to defend the country’s reputation for the highest number of drug related convicts in the world.  A lot of Nigerians are currently serving time in a number of correctional facilities across the globe, posing a major challenge to the overall growth and development of Africa’s largest economy.

Between January and May 2015, 3,478 drug suspects were arrested and nearly 170, 341.704 kilogrammes (Kg) of narcotic drugs was seized by the NDLEA. However, with even more Nigerians linked to these crimes in some foreign countries, there is still a lot of work to be done.

Despite the Agency’s effort to prevent people from smuggling drugs to Asia, 19 Nigerians and a Ghanaian were arrested in Nigerian airports attempting to smuggle 106,914 kg of narcotics through the Nigerian airport. One of many instances which seek to argue the inability of Nigerian authorities to tackle that which lingers right at the door step.

The Commander, NDLEA, Mr Iweajunwa Okechukwu told Journalists in Minna, Niger state, that these crimes have fast become one of the pressing matters confronting the country today. He also used this medium to recap the recent Indonesian drug chronicle where quite a number of Nigerians were executed alongside. But rather than condemning countries like Indonesia where the penalty for drug trafficking is death and four Nigerians have been executed accordingly, the authorities will need to dig deeper in order to resolve this.

In Niger State drug abuse has become a major source of concern, particularly the prescription of drugs and psychotropic substances such as tramadol, rohypnol and diazepam. Even worse is the fact that this is hardly limited to drug abuse alone, a lot of Nigerians cannot stop self-medicating, as such, there is a brewing demand for different ‘remedies’ at any cost. This could range from pain killers to a host of other harmful substances. If these drugs have become more readily available to addicts, nothing stops people from getting involved with drug trafficking. Exposure to these circumstances might just be the reason why many convicts believed they would have gotten away with drug offences.

A study that investigated the self-medication profile of some rural dwellers in Cross River and Akwa Ibom (two of Nigeria’s oil producing states), revealed that 99.4 percent relied on self-medication, while only 0.6 percent consulted physicians. In terms of the constituents; Herbs and antibiotics were mostly used to treat sixteen ailments found within the communities sampled. A plague which is fast reaching a crisis state in Nigeria, people now take anything irrespective of the potential health risk. Antibiotics, herbs, and ash are used for treatment without accurate prescriptions. In many cases people are advised by friends, relatives and even patent medicine sellers (PMS) on the “right” medication to take for ailments.

This can be attributed the lack of adequately trained physicians, thereby reducing the level of access to doctors. What then is the available alternative? Over 75 percent of the Nigerian population fall back on local herbs and self-medicate due to poverty and the inherent lack of accessibility to health care facilities. In addition, conventional drugs are hardly affordable and as such societies dominated by low income groups miss out on quality healthcare.

But although the main reasons for self-medication can be attributed to minor ailments and financial constraint, the irrational use of these drugs to include non-prescription use may be the source of eventual drug trafficking.