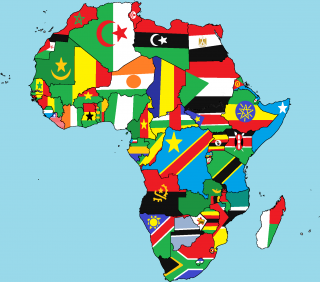 Is Africa the next pillar of global economic growth?

When it comes to developing an economic advantage, people often look towards Asia. China and India have been providing many opportunities for companies to achieve sustainable economic growth, this is largely due to the availability of a ready workforce that is affordable and effective. We look at whether the same levels of economic growth make Africa the next potential basis for achieving growth.

“Business process outsourcing provides millions of jobs to Indians, 2.2 million worldwide and I thought ‘why not in Nigeria?’ We have better English-speaking people, a very well-educated workforce, a better timeline than India, we have the right infrastructure… So, I moved toward setting up the company. After three years of activity, we have over 850 employees out of which 50 percent are women. The idea is to create employment for our people as well as provide better and efficient services to our clients,” said Hassan.

The population of Africa is expected to top 2.5 billion by the end of 2026. The most growth has been seen by increasing the middle-class population, and although 40 percent of the inhabitants are currently under 15, this will translate into an eager working population by 2026. With the right planning and potential to take advantage, western and European economies can be ready to take advantage of this emerging population.

This is certainly how Innovation Ecosystem Expert, Hosni Zaouali, sees things. “Africa has an undeniable potential. More than 2.5 billion inhabitants by 2026, a growing middle class, a free ​​trade area in reflection, youth and unequalled vitality.” This is why he created an event called VC-BootCamp to connect African and American innovation ecosystems.

The double-edged sword of artificial intelligence

New technology such as Artificial Intelligence (AI) will have a dual effect on the African economy. The use of AI technologies will put many African workers out of jobs as they will be more efficiently done by computerised systems. However, this will create a raft of new jobs and new opportunities for those that are able to see the potential. Those that will find themselves being overtaken by AI will need to receive retraining in the new technologies in order to take advantage of the new careers, jobs and opportunities that will exist in the future. This problem is a global one, and it is not just Africa that is faced with the problem. However, due to the rapid growth in the working population, the problem becomes more urgent on the continent.

Entrepreneurs such as Hosni Zaouali are creating courses that will help both African and American workers transition. “The impact of AI on Africa is an amazing opportunity facing an alarming urgency,” said Zaouali.

The African worker population is ripe to be taken advantage of for economic growth in the future, this could potentially rival the economic growth seen in countries like India and China.