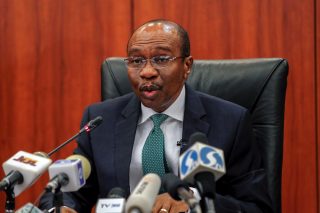 IMF backs Nigeria’s apex bank on the prohibition of cryptocurrency

The International Monetary Fund (IMF) has backed the Central Bank of Nigeria’s latest directive which mandates all commercial banks to stop facilitating cryptocurrency transactions in Nigeria. The global financial body declared its stance during a special virtual press briefing on the recently published 2020 Article IV IMF Staff Report for Nigeria.

During the briefing, Ari Aisen, the IMF Resident Representative for Nigeria noted that the use of cryptocurrencies for illegal transactions such as money laundering and drugs has become a global concern. He added that many central banks in the world, have taken similar policy decisions as Nigeria’s apex bank.

On Friday, 5 February 2021, the CBN asked Deposit Money Banks (DMB) and other financial institutions to close the accounts of cryptocurrency exchanges, via a new regulation contained in an official circular. With the new regulation, Nigerians will not be able to use a card from any Nigerian bank or other financial institutions in the country to process any transactions on a crypto exchange. Furthermore, the regulation asked banks to identify persons and or entities transacting in or operating cryptocurrency exchanges within their systems and ensure that such accounts are closed immediately.

Local news reported that some commercial banks in Nigeria have already commenced the process of closing customer accounts linked to cryptocurrency transactions. Although a couple of these banks issued an explainer email of the closure and requested the persons affected to pick up a draft of the equivalent of monies in their account, some did not give prior notice.

The latest regulation by the CBN and actions of commercial banks to implement this set Nigeria’s social media ablaze as the country’s teeming youth population began to question the move. This made the CBN issue a press release on Sunday, 7 February 2021 to justify its position while stating that the regulation was not new but a reiteration of the same regulation issued in a previous circular in 2017.

The bank statement reads: “As regards our recent policy pronouncement, it is important to clarify that the CBN circular of February 5, 2021, did not place any new restrictions on cryptocurrencies, given that all banks in the country had earlier been forbidden, through CBN’s circular dated January 12, 2017, not to use, hold, trade and/or transact in cryptocurrencies. Indeed, this position was reiterated in another CBN Press Release dated February 27, 2018.” The bank noted that cryptocurrencies and secured by cryptography, which is a method of encrypting and hiding codes that prevent oversight, accountability, and regulation.

In the last 5 years, Nigeria has traded 60,215 bitcoins valued above $566 million. Apart from the United States of America, this is the largest volume worldwide recorded on Paxful, a leading peer-to-peer bitcoin marketplace. The trade had its highest spike of 30 percent in 2020, during the national lockdown in the country and the highest volume traded during the peak of the pandemic. Between January and September, Paxful reported a 137 percent increase in new registrations in Nigeria.