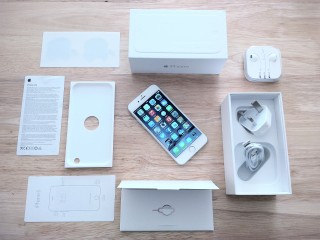 Apple, the Californian technology giant has recorded the biggest profit in corporate history after surpassing the $45.2bn made by ExxonMobil in 2008. Apple had a record sale of $53.4bn (£35bn) in the last 12 months following the release of its smartphone which increased profit by 31 percent in the fourth quarter.

Despite a slow start to the company’s sale of Apple Watch since its launch earlier this year, Apple sold an all-time record 5.7 million Macs compared to the last quarter.

In the first three days of the launch of iPhone 6 and 6s Apple recorded 13 million sales of the phones. These sales are the highest the company has made (10 million in 2014).

Though Android dominates smartphone sales with 80percent of total sales, Apple’s Chief Executive, Tim Cook, noted more Android users are switching to the iPhone. According to him, 3 in every 10 iPhone buyers are converting from Google’s smartphone operating system which is the highest rate the company has ever seen.

Despite the slow growth of China’s economy, Apple’s investment in the country has yielded positive impact for the company. The rush to own modern technology has also contributed to Apple’s huge profit especially in China. China has become increasingly important to Apple as a larger market for the company than other countries in Europe.

The steady growth of China’s growing middle class is partly responsible for the 22 percent increase in the sale of iPhones in the last quarter. Apple said sales in China hit $12.52 billion (£8.2 billion) in its fourth quarter which makes up a quarter of its total revenue. Sales to Greater China, which includes Hong Kong and Taiwan, rose 99 percent to $12.5 billion. Apple also noted that the sales of smartphones excluding iPhone also increased in Greater China to 87 percent.

With plans to have 40 stores in China by 2016, Apple will continue to face fierce competition from local firms such as Xiaomi and Huawei Technologies Co. Tim Cook however, remains confident that the company will continue to invest in the country. China has been tipped by analysts to replace the United States of America as Apple’s biggest market.

With overall sales in the three months to September 26 up at 22% and an increase in net income to $11.1 billion, this year has been described as Apple’s most successful year.