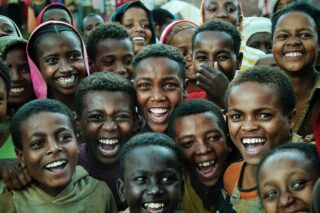 Here are seven African child prodigies you should know.

“Everyone is a gifted child, but most people never open their package”
– Wolfgang Riebe.

It’s undeniable that children are a special gift. That’s why we celebrate their birth. They never have to do anything to earn love. However, they become even more fascinating when they display exceptional gifts from a tender age. We call them prodigies for possessing unusual talents and gaining early mastery of subjects, arts or skills. Over the years, we’ve seen child prodigies show talents in diverse fields like math, art, innovation, music, et cetera.

It’s more than likely you’ve heard of Wolfgang Amadeus Mozart, arguably the most famous child prodigy ever. He first took up the harpsichord when he was just three years old and composed his first piece of published music at age five. While a teenager, he had already written several concertos, sonatas, and operas.

In the more recent past, Stevie Wonder was a skilled musician when he was 8. He made his first record at 12 years of age before winning many awards, including 25 Grammys and the Presidential Medal of Freedom.

These days, we have many prodigies exhibiting great mastery even at younger ages than Mozart and Steve. Some experts and researchers think prodigies are born with exceptional gifts. But others believe their outstanding skills develop from study and practice — often aided by supportive parents.

To commemorate this year’s Children’s Day, we bring you a list of seven African child prodigies who have taken the world by storm. This isn’t an exhaustive list of prodigies in Africa, but these seven caught our attention and will catch yours too.

Adewumi is an eleven-year-old chess prodigy. He first made headlines when he won the 2019 New York State K-3 Chess Championship while living in a homeless shelter. Last year, he became a national chess master, making him the 28th youngest person to achieve that title. He still wants to become the game’s youngest-ever grandmaster, so he practices for 8 to 10 hours a day.

His outstanding chess prowess won him many prestigious trophies, including the New York State chess championship in 2019 when he was eight.

Before he won the state championship title, Tani and his family fled northern Nigeria, worried about attacks by the extremist group Boko Haram. They lived in a homeless shelter in Manhattan after moving to the USA. With his championship title came a flow of financial support that ran into more than $190,000 in four days for his family, which afforded them a new lifestyle. The young master now leads the Tanitoluwa Adewumi Foundation, aimed at helping refugees and immigrants. Also, his books titled “My Name Is Tani… and I Believe in Miracles” and “New Home: A Refugee Finds Hope and Kindness in America” are best-sellers with 5-star ratings across literary platforms.

Sheila Sheldone is just eleven years old, but her influence on the art world can not be underrated. She is a multi-talented prodigy who discovered her love for art when she was five. Now, she is a great painter, a model, a singer, a poet, and a fashion designer whose work has adorned the president of Kenya, Uhuru Muigai Kenyatta. She is the recipient of the award for Youngest Lioness of 2018 from the Tese Foundation, the 2021 Nina Simone Artistic Excellence Honoree, and a Global Child prodigy Award winner.

Sheldone wishes to impact the lives of children suffering from neurodevelopmental disorders (NDDs) in her community through creative work. So she started an initiative called Sheilah Sheldone Arts for Social Change CBO. To Sheldone, everyone is a child prodigy, but only a few like her have been found.

Agboola is an 11-year-old tech prodigy and the founder of Joshfortech. His tech journey started at the age of six, and now he is a well-known programmer and speaker who has graced different stages. He is proficient in computer languages like Javascript, HTML, CSS, Jquery, bootstrap and PHP for databases. He is a Ted speaker and has spoken at conferences like Techpoint’s conference in 2019. He also has a Youtube channel where he simplifies tech concepts in a fun way for kids and adults for quick learning.

Agboola has so many achievements to his name. He was MTN mPulse’s Hackathon Champion in 2021, which he won by creating ‘Kagukar Study Buddie,’ a home-schooling, remote education and learning solution. Using Artificial Intelligence, the voice-activated robot helps students study and learn from stories while providing entertainment with games, riddles and jokes.

He has also taken on other projects, including a website for his school, an image classifier, a voice assistant, a swear-word remover to protect children online, and a program that allows people to scroll through pictures with their eyes. He urges kids to be more curious every day to bring out the best in them.

Five years old Mothomi possesses a rare reading ability skill. He was brought into the limelight when he won an international award for a competition that required children under the age of 15 from 68 countries across the globe to record a video doing what they were good at to prove their intelligence. He is passionate about planes and helicopters and can tell 16 different helicopters, their different parts and uses. This gift of unusual intelligence was discovered by his parents when he was a year old, as he could read things on TV and words in newspapers without any form of initial learning. At that age, most kids are just grasping sounds they hear to be able to construct them into words.

In 2019, his passion for aviation caught the attention of the military, which invited him to its Eastleigh military airstrip to learn more about helicopters. He has been hosted at Kenyatta University, and he is a Global Child Prodigy awardee.

Kareem shot to international fame in July 2018 after drawing the portrait of French President Emmanuel Macron in two hours. He was eleven at the time and has since then joined the cohort of maestro hyperrealists in Nigeria. His passion for arts started as early as six years, and he is Africa’s youngest hyperrealism artist.

Kareem is a proud recipient of Taiwan’s Chou Ta-Kuan Cultural and Educational Foundation’s Global Award in 2019, the 22nd Fervent Global Love of Lives Awards, and an ambassador for Ecobank Nigeria. With an Instagram following of more than 144,000 (waspa_art), Kareem has initiated at least three exhibitions in Lagos and Taiwan. The themes surrounding his works are often socio-cultural and political. For him, any child interested in art is for them to stay focused, dedicated, patient and hardworking.

He has many feathers on his cap, including being a Guinness Book Of World Records holder as the world’s youngest DJ when he was 3-year-old, a Global Child Prodigee awardee, and a South Africa’s Got Talent winner.

Waweru is only 13, but she is making waves in the film industry and has starred in some international projects. Waweru’s keen interest in being an actress was discovered by her parents when she was only two years old. However, she started by performing dramas in school at age four. Afterwards, she landed the lead role in Supa Modo, at just nine years old, which shot her into the limelight. She has also appeared in Lusala (2019) and the 2021 Netflix film, Just In Time. Her character often revolves around girl-child empowerment and the lives of modern Africans. Waweru has shared the screen with top Kenyan actresses Sarah Hassan and Pierra Makena.