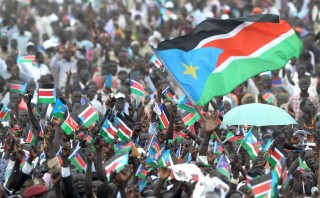 Five years after gaining its independence, South Sudan is yet to find peace

Today marks the fifth independence anniversary for South Sudan, however, instead of a celebration, the entire nation is reportedly in chaos. A deadly clash started on Friday, as President Salva Kiir was in a meeting with Riek Machar, the Vice President, at the Presidential residence. A fight reportedly broke out between Kiir and Machar’s bodyguards which escalated into a shootout. According to news reports and medical practitioners, over 100 soldiers were killed during the 30-minute gun battle.

While the President and his Vice have called for calm and peace to reign, there are fears of another civil war; a possibility the country has been contending with since 2013. Therefore, South Sudan’s independence which ought to be celebrated with pomp, was clouded as the streets of the capital, Juba, were deserted.

For a nation that is yet to recover from war and poverty, violence is not an option. Before signing a peace deal last year, over 50,000 people were killed, while millions were internally displaced due to ethnic conflict. According to the International Monetary Fund (IMF), inflation in the country is almost at 300 percent. Furthermore, with the fall of the Sudanese pound by 90 percent, the economy is at the brink of collapse.

The country was only able to sign a peace deal last year. However, several local militia groups have failed to honour the deal. Rape, frequent bloody massacres and displacement are still ongoing in several states.