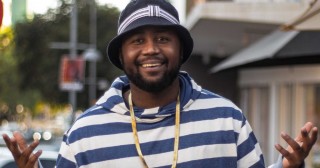 #FilluptheDome: Cassper Nyovest proves that South African artists can own the show without any international acts

Last weekend a South African rap artist, Refiloe Maele Phoolo known as Cassper Nyovest, made history by filling up the Dome in Johannesburg. Cassper Nyovest, 24 who debuted his first album in the South African music industry in July 2014, sold 20,000 tickets to make this happen. Now, he intends to take the concert to Orlando stadium, which has a capacity of about 40,000 people. What is interesting to note is that no South African/local artist has ever sold out his or her tickets for a concert without any international collaborations.

“Cassper has also confirmed the enormous support for local music by our youth, which augurs well for the development of our arts, culture and heritage,” said Jacob Zuma, President of South Africa.

These are four pointers that local artists should learn from Cassper Nyovest who made history in South Africa:

Recently, social media, especially twitter, has become a major source for campaigns in the entertainment industry. Most artists use twitter to publicize their upcoming events and album launches. Some of them have been able to increase their fan base through this medium.

Nyovest, who currently has about 354,000 followers on Twitter, was able to achieve this success using the hashtag #fillupthedome, which trended for days on twitter in South Africa.

Cassper Nyovest whose #fillupthedome concert tickets cost only R200 ($14) for general access and R350 ($25) for Golden Circle spent more than he expected to make in profit. According to reports Cassper Nyovest spent R4 million ($288,000) of his personal funds for the concert. He made revenue from album sales, sales of his caps and T-shirts.

Cassper Nyovest did not do the usual concert where you invite people to come and have fun, he had an initiative, creating something that was never done in South Africa before. He took the initiative to say the concert was about him and “his” family who were his supporting members. The family members are rapper, actor and producer Riky Rick, DJ Banele, DJ Bandile (known as MajorLeague) and DJ Anatii.

He calls his team members his family and he treats them as such. This proves that when you are hardworking and have the right team members around you, you are bound to excel. Cassper believed in his team and didn’t need any international guest appearance to have a sold out concert.