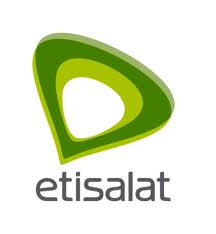 UAE-based telecom giant, Etisalat has agreed to sell its West African subsidiary, Atlantique Telecoms, to its Moroccan affiliate, Maroc Telecoms for $650 million, according to a report by Business Day.

Etisalat believes the deal with allow it gain expert knowledge in the region – an area Maroc has done particularly well in. Maroc’s operations within the francophone region extends more than 5 countries, including Gabon, Mali, Mauritania and Burkina Faso are providing healthy returns, posting a combined 9.5 percent revenue increase.

“Maroc Telecom has done pretty well with its own operations in sub-Saharan Africa, so Etisalat’s thinking seem to be that it should take advantage of Maroc Telecom’s demonstrable expertise in that region,” said Matthew Reed, an analyst at Dubai-based Informa Telecoms and Media, who was quoted by Business Day.

“Etisalat took on operations in quite difficult and competitive markets where there was probably also a language gap which may also have been a problem. Maroc Telecom seems to have cracked operating in Francophone West Africa whereas Etisalat hasn’t, although Etisalat’s Nigeria affiliate is doing well” Reed added.

The sale is however dependent on the successful completion of Etisalat’s acquisition bid for French media gaint, Vivendi’s 53 percent in Maroc. Etisalat has already placed 4.2 billion euros ($5.8 billion) on the table for the deal and is hoping the deal is swiftly completed.