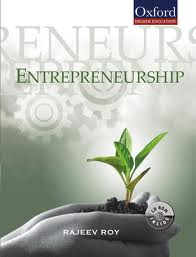 African countries will be able to reap the benefits of Indian entrepreneurial education soon as the Entrepreneurship Development Institute (EDI), Ahmedabad, India will be opening five centres in Africa by December 2012.

The entrepreneurship centres  would be opened as part of an agreement reached between India and the African Union during the 2nd India-Africa Summit 2011.

EDI director Dinesh Awasthi said, “The five centres will come up in Namibia, Rwanda, Gabon, Zambia and Senegal. So far we have had our centres in Cambodia, Laos, Myanmar and Vietnam.”

He also indicated that the road map was discussed with Namibian officials last week.  According to Awasthi, “The Rwandan ambassador also had a discussion with us on the matter”. Sunil Shukla, chief faculty at EDI, said that a feasibility study will be first carried out in the host countries. He hinted about a selection and training process for some host-country candidates on running an institute. He also said a faculty from EDI will then be placed at the centre in the host country for around three years to render further support.

Awasthi said the course material will be country specific and wherever needed changes would be made.

“The laws applicable to businesses in India are not the same as in other countries. So required changes will be made as per the need of the host country. Moreover for some countries like Senegal and Gabon the material will be translated into French when the chosen faculty and director from these countries come here for training,” said Awasthi.