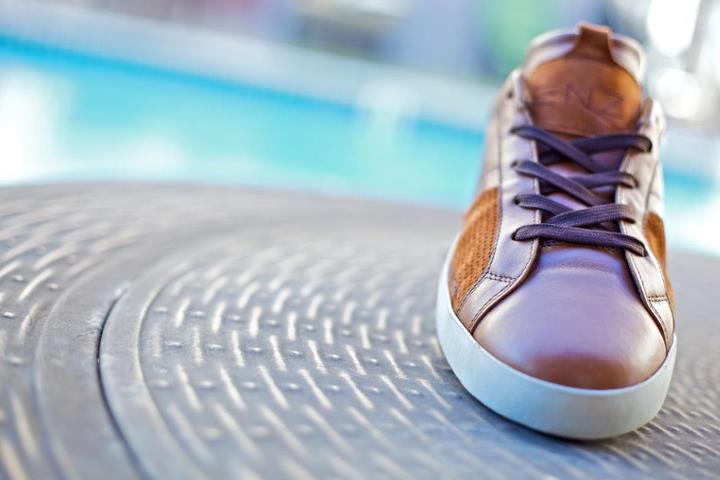 We continue to see more and more ‘Made in Africa’ footwears. Indeed some designers and entrepreneurs have decided that it’s time for more African brands to compete on a global scale.

Enzi is a new high-end men’s footwear brand that was set up with a vision to change the perception of Africa and support economic growth, through the production of high quality, well crafted footwear. The creative forces behind this brand are four entrepreneurs, Sam Imende, Jawad Braye, Christian Ward and Azariah Mengistu.

ENZI was conceived when co-founder Jawad Braye was visiting Azariah Mengistu in Ethiopia, where they discovered an abundant supply of premium leather and witnessed an emerging footwear manufacturing industry.  In their excitement, the concept of producing a men’s fashion brand based in Africa was born from both a frustration with the misconceptions about Africa of their peers and the fact that there was not a fashion brand that fully represented them.

The company’s designer shoes are made in Ethiopia with local leather and a commitment to the craftsmen and women making the shoes. Workers are involved to an extent in the decision process through a community board with a direct influence on the growth and future of the business. In addition, they are guaranteed a fair wage proportional to the shoe value, and have a percentage share in the profits.

“We want to bring Africa back into fashion. Right now, when most people think of Ethiopia, they probably don’t think of the world’s highest quality leather, entrepreneurial manufacturers looking to set a global standard or communities looking for ways to support themselves through international commerce. They think of stereotypes established decades ago. If ENZI achieves its goal, this will change.” CEO of ENZI Sam Imende

“We want to demonstrate that Africa has an equal role to play in the union of cultures that defines global fashion, that Africa can stand tall on the shoulders of its quality, creativity and craftsmanship,” Creative Director, Jawad Braye.

Core to its philosophy is ENZI’s commitment to the artists and workers that produce the footwear. Beading detail on special edition shoes is provided by Maasai women usually paid very little for their work; ENZI not only pays an amount proportional to the shoe value, but the women will be part of a community board of suppliers that have a direct influence on the growth and future of the business. Going beyond just fair pay, factory workers commissioned by ENZI will also receive a percentage of the organization’s profits.

ENZI will operate a complete supply chain transparency structure to assure customers not only of the fair pay provided to suppliers but also the additional business support they give to them through the ENZI Africa Accelerator programme.