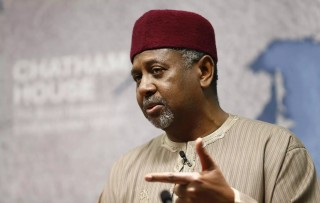 Dasukigate: How some religious organizations escaped being part of the scandal

As Dasukigate continues to unfold, more stories develop. Recently, in a programme held at the National Islamic Training at Odosengolu, a town close to Ogun state, it was revealed that some Islamic organisations rejected a $3 million offer under the label of “religious funds” by the past administration to secure support for the re-election of former President Goodluck Jonathan.

According to the Coordinator of the Conference of Islamic Organisations (CIO), Abdullahi Shuaib, who spoke at the event, the CIO and The Muslim Congress (TMC), refused to accept what they deemed a bribe, “It is not a secret, they came, offering us over $3 million, we said no…It came through their proxies to us and we said no. And today we have been vindicated,” he said.

Colonel Sambo Dasuki, the former National Security Adviser to former President Goodluck Jonathan, is currently being investigated by the Economic and Financial Crimes Commission (EFCC) for his involvement in a $2.2 billion arms deal fraud. So far, Dasuki has sung like a canary, implicating a number of high profile personalities and organizations, including Bashiru Yuguda, former minister of state for finance, Raymond Dokpesi, owner of DAAR Communications, Attahiru Bafarawa and Thisday Newspaper amongst others.

As reported by Thisday, Shuaib added that it is against the custom of Islam to accept bribe, moreover, the organizations perceived that it was a bait. “It is completely un-Islamic…It is morally wrong and unethical for any organisation, whether Muslim, Christian, or traditionalist to have indulged in that reckless looting of the treasury.” Could Shuaib be implying that other religious organizations actually partook of the fraud? Surely, the CIO and TMC could not have been the only organizations offered “religious funds”.

Every Nigerian is familiar with the “PDP! Share the money!” slogan, so it is no surprise that a single case of fraud has implicated quite a number of people and organizations. As more secrets are uncovered by the day, it’s hard to see an end in sight to the Dasukigate scandal.