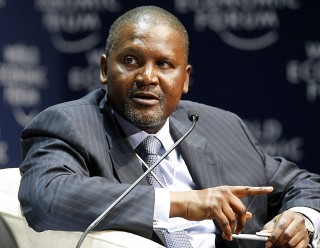 Yesterday, Africa’s richest man and president of the Dangote Group, Alhaji Aliko Dangote, announced the commencement of a six million Metric Tonnes Per Annum (MTPA) integrated cement plant in Okpella, north of Edo State, worth $1 billion. This historic event was also part of the activities to mark the 59th birthday of Aliko Dangote.

This cement plant is set to be completed within 26 months, provide 6000 direct jobs and 45,000 indirect jobs in the community, further expanding the footprint of the company across Nigeria. The company is also planning to commission a six MTPA plant in Itori, Ogun state, which will raise its local production capacity to 41 MTPA per annum.

According to the Minister of Solid Minerals, Kayode Fayemi, the cement plant will bring positive changes to the nation’s solid minerals sector in the areas of job creation, foreign exchange earnings and local content promotion. 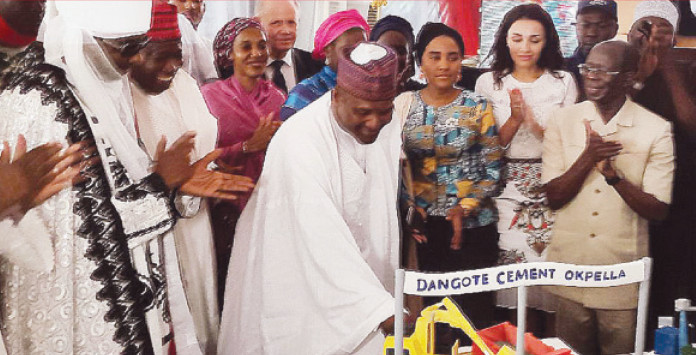 Highlights from Dangote’s speech during the event

Dangote noted that Nigeria is a growing economy and it is still the best place in the world to invest. However, the factor that drives investments in an economy is the presence of an investor-friendly business climate. He further added that Nigeria’s developmental challenges are many and will require the combined efforts of the government and private sector to overcome them.

“In addition to manufacturing, we are also investing heavily in agriculture for massive employment generation. Recently, we commenced a multi-billion dollar rice project in some states in the north and we flagged off a rice out-grower scheme with the distribution of rice seedlings to farmers in Jigawa state to reduce our dependence on imported rice, create jobs for the people and provide good returns to the famers,” said Dangote. “It is gratifying to know that the federal government has recently announced that it is putting in place strategies that will make farmers have greater access to implements and other input.”

“We envisage producing up to one million tonnes of white rice with the cultivation of 200,000 hectares of land. This will lead to a conservation of about $11 billion presently spent on the importation of food items that could otherwise be produced locally,” he added.

Investments across Africa in the past one year

In June last year, the group commissioned cement plants in Ethiopia, Zambia and Cameroon and there are plans to commission other plants in Senegal and South Africa very soon, according to Dangote.

“Also last year, in Lagos, we signed a deal valued at $4.34 billion, with Sinoma International Engineering Company Limited for the construction of 10 additional new cement plants across Africa, with one in Nepal in Asia. The combined capacity of these new projects will be 25 million metric tonnes per annum,” said Dangote.

Dangote noted that the group was consolidating its cement businesses across Africa, stressing that its operational offshore cement plants have started to make substantial contributions to its revenue.