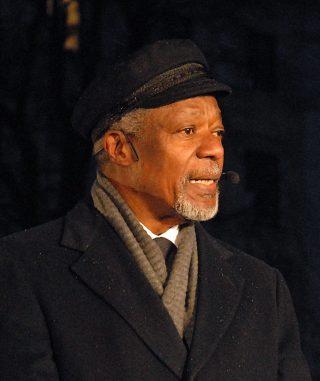 ‘CRI-Kofi Annan’ sweet potatoes to be released alongside other varieties

A new breed of sweet potatoes in Ghana will be named after late UN Secretary-General, Kofi Annan.

According to reports, the Crops Research Institute of the Council for Scientific and Industrial Research (CSIR) will be naming the breed in honour of his loving memories and contribution to the development of agriculture in his home country, Ghana. The sweet potato which is known as AGRA SP-19 will be called ‘CRI-Kofi Annan’  once it enters circulation.

The breed is yet to be released pending approval by the National Varietal Release Committee of the Ministry of Food and Agriculture. A senior research scientist in the institute, Dr Ernest Baafi revealed to reporters that the recent action of the institute is to solely recognize Kofi Annan’s unwavering and immense support towards sweet potato production and agriculture in Africa. Kofi Annan’s call for a uniquely African “green revolution” inspired the Alliance for a Green Revolution for Africa (AGRA).

During his lifetime, Kofi Annan made several unsolicited visits to the Crops Research Institute of the Council for Scientific and Industrial Research with his wife as part of his commitment to the growth of agriculture in the country. CRI-Kofi Annan will be released alongside three sweet potato varieties.

The CSIR has been be instrumental in the production of sweet potatoes in Ghana since it started releasing different varieties for farmers in 2012. This has seen the Institute contribute to the overall yield and a high turnover in sweet potato farming in Ghana. Altogether, the institute has released thirteen (13) high yielding and early maturing varieties since 2012.

On August 18, 2018, Elder Statesman, Kofi Annan died at the age of 80 after a brief illness in Bern, Switzerland. He was a national hero and an international icon while heading the United Nations. He was also a recipient of the coveted Nobel Peace Prize in 2001 in recognition of his efforts towards sustainable peace in the world.

While chairing the Alliance for a Green Revolution in Africa (AGRA), an organization that is funded by the Bill & Melinda Gates Foundation to support African farmers, Kofi Annan was at the vanguard of an agricultural revolution by supporting local farmers. Recently, Confederation of Governance Assessment Institute (COGAI) and Rectitude International Missions have announced that it will also immortalize Kofi Annan.

Since he passed away, many world leaders have continued to mourn the international diplomat who was buried in Ghana.