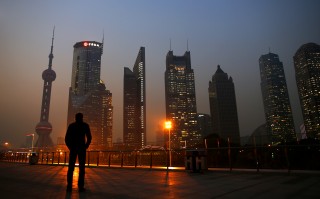 It’s common for (aspiring) tech entrepreneurs around the world to look at and try to learn from leading & emerging tech companies in the West: Apple, Amazon, Facebook, Google, Airbnb, Slack, etc. But the reality is that, unlike counterparts in the West, African founders across many countries have to deal with scarcity in several forms: lack of capital, inadequate infrastructure, lower levels of literacy/educational attainment ‎among both the workforce and customer base and more. This isn’t to say that there’s any scarcity of ingenuity, determination to succeed, or hustle, however.

While Western ventures often receive attention and emulation from entrepreneurs in Africa, tinkering with (established) business models to align with realities on the ground is perhaps more important to successful tech entrepreneurship in African markets than merely importing the latest technologies.

Comparing African countries like Nigeria with more developed markets, there are a number of reasons why innovative and unconventional business models may be necessary (and natural) including:

Exploring some of these challenges and their analogues in Western markets highlights why founders in Nigeria and in similar markets across Africa may want to look elsewhere for inspiration.

For these and other reasons, it’s not surprising that some pioneers of tech entrepreneurship in Nigeria look to the East (India/Asia) for inspiration and not to the West, and recommend that others do so as well:

“Emerging markets are only at the beginning…I love to seek inspiration [in India].”— Jason Njoku, Founder & CEO, Iroko

“While building a business in Africa and looking for role models to imitate, look at businesses in Asia and borrow a leaf from them.” — Marek Zmyslowski, Founder & CEO, HotelOga (& Former MD, Jovago/Jumia Travel)

“Interested participants in the Nigerian tech ecosystem, should read ‘The Golden Tap’ by Kashyap Deorah. We have the same challenges as India.” — Chijioke Dozie, CEO, OneFi

The truth is, regardless of whether you’re in the startup world in Lagos or the corporate world in Los Angeles, it’s probably wise to pay attention to new business models being developed in fast-growing emerging and frontier markets in the East.

A good place to start is ‘The Next Wave of Business Models in Asia’ which gives a contextual overview of “two distinct, yet overlapping, waves of innovation” across China and India. (Note: registration required to read the full article.)

The article is from the MIT Sloan Management Review’s recently released Winter 2017 Collection, Keeping Up With Emerging Markets, whose tagline makes it clear why this is relevant to entrepreneurial and corporate leaders across the world: “If your company isn’t staying abreast of new business models and strategies being developed in emerging markets, you’re falling behind.”

Emeka Ajene writes on behalf of the team at Africreate, an advisory organization focused on innovation, insight, and impact in the African tech & SME ecosystem. This article first appeared on the Africreate blog.