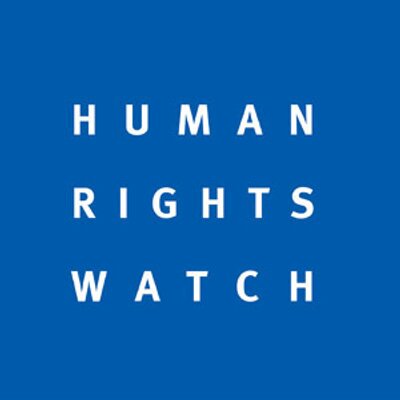 The large-scale violence has been carried out particularly against civilians in Kerenik and Kulbus. It underscores the Sudanese government’s failure to fulfill its duty to protect civilians and the urgent need for ramped up United Nations monitoring, protection through its presence, and public reporting on events in Darfur.

“The last two months have shown all too starkly the devastating dividends of withdrawing peacekeepers and ignoring the ongoing need to protect civilians in Darfur,” said Mohamed Osman, Sudan researcher at Human Rights Watch. “It’s hard not to feel like the international community, which watched Darfur with eagle eyes for years, has completely abandoned these victims of ethnic cleansing.”

The joint human rights office in Sudan of both the UN Integrated Transition Assistance Mission in Sudan (UNITAMS) and the office of the UN High Commissioner for Human Rights (OHCHR) should prioritize securing regular access to Darfur to investigate and publicly report on abuses; all parts of the UN mission, the UN system, and member states should support their work and increase protection monitoring and reporting capacity, including by deploying a stronger monitoring presence in Darfur.

The UN reported that the latest attack on civilians in the town of Kulbus and neighboring villages, in West Darfur between June 6 and 11, left at least 125 people dead, including five children, over 100 injured, and 33,000 displaced. Most of the victims are reported to be from the non-Arab Gimir community. The attackers reportedly burned homes and farms and looted livestock.

The UN Office for the Coordination of Humanitarian Affairs (OCHA) has reported that over two dozen Gimir villages were burned in the course of five days, allegedly by armed members of the Rizeigat and Abbala Arab communities, who had mobilized against the Gimir community following a dispute between two individuals.

In 2008, according to the then International Criminal Court prosecutor, Kulbus locality was the site of indiscriminate aerial bombardment, murder, rape, torture, and forcible transfer by Sudanese Armed Forces and Janjaweed forces. United Nations peacekeepers maintained a presence in Kulbus until 2013.  In December 2020, the United Nations Security Council terminated the mandate of a joint United Nations, African Union peacekeeping force.

The violence in Kulbus follows the patterns of attacks on civilians by heavily armed Arab militia between April 22 and 24 in the town of Kerenik, in West Darfur, that killed at least 165 people, displaced 98,000, and destroyed significant civilian infrastructure. The UN said that these attacks also followed a dispute between individuals related to a livestock rustling incident.

Survivors told Human Rights Watch that assailants pulled civilians, including children, out of homes, and shot them. They also burned others inside their homes or in the streets as they fled. The Kerenik violence spread to the town of al-Genaina, where witnesses described clashes between the Rapid Support Forces (RSF) and Sudan Coalition Forces, a peace signatory rebel group currently led by the governor of west Darfur.

The International Organization for Migration reported in May that almost 60,000 people remained displaced in Kerenik, with the majority sheltering in open areas, schools, or other public buildings, and only seven percent of them saying they intend to return home, indicating continued security concerns.

At least 75,000 people were newly displaced in Darfur and South Kordofan between January and May, while an additional 11,000 fled to Chad as refugees, according to the UN. West Darfur has suffered several large-scale attacks following the termination of the mandate of the United Nations-African Union peacekeeping force.

In 2021, the regional capital of al-Genaina experienced two large bouts of violence, including a January attack in which armed Arab militiamen, backed by RSF forces, attacked Kirindig, a camp for internally displaced ethnic Massalit. In March 2022, 48 people were reportedly killed and 12,000 displaced in Jebel Mun in attacks that involved “community level mobilizations” of Sudanese state security forces.

The RSF, which has a long history of serious violations in Darfur, has on some occasions, sided with Arab militia in attacks on civilians, notably in al-Genaina in April 2021. Witnesses told Human Rights Watch that members of the RSF also participated alongside Arab militias in the recent April attacks on Kerenik.

Government forces have failed to protect civilians during attacks. Two survivors from Kerenik said that Sudan Armed Forces fired shots to warn the attackers away from approaching their garrison, where many people were sheltering, but did not intervene to deter attackers or protect civilians who were unable to reach the garrison. OHCHR reported that joint security forces “reportedly retreated in the face of another large-scale attack on Kerenik by Rezeigat assailants on 24 April.”

On June 14, the UN warned that the violence in Kulbus was impeding humanitarian access to communities in need, including those newly displaced by the violence.  This comes at a critical time with the World Food Programme (WFP) having reported in June that West Darfur is the state with the highest level of food insecurity in Sudan, with 65 percent of the population currently food insecure. If the current situation stays this could hinder the cultivation season which is set to start.

In 2020, Sudan’s now deposed transitional government signed the Juba Peace Agreement (JPA) with Darfur rebel groups. The security arrangements under the agreement, including disarmament and reintegration of forces, and the deployment of joint security-keeping forces, have been delayed. The UN reported in May that a first batch of 2,000 joint forces were being trained.

Neither Sudan’s transitional government nor the current military rulers have meaningfully addressed the underlying causes of the violence in Darfur, including marginalization, disputes over control of, and access to land and natural resources, and a lack of justice for past and ongoing abuses. Nor have they provided meaningful protection of civilians through the deployment of well-trained, vetted and rights-respecting forces. These failures have once again contributed to the escalation in violence and civilian harm, Human Rights Watch said.

Impunity for abuses remains the norm. Although Ali Mohammed Abd-Al-Rahman, known as Ali Kosheib, a commander of the Janjaweed militias, is currently on trial at the International Criminal Court (ICC) for crimes connected to the campaign of ethnic cleansing against civilians in Darfur, that is the exception. ICC arrest warrants for former President Omar al-Bashir and two other officials who are in Sudanese custody, are outstanding.

Human Rights Watch documented intimidation and attacks against individuals who filed complaints following the attacks in al-Genaina, including those who sought to bring complaints against RSF officials. Survivors of the Kerenik attacks said that logistical, security and bureaucratic obstacles were hampering their ability to even file complaints.

Protection of civilians is multifaceted and requires genuine efforts aimed at addressing the root causes of potential conflicts, addressing the fears of communities, and holding officials and security forces accountable for their crimes. The Sudanese authorities should not only investigate government forces, notably the RSF’s involvement in abuses, but also the lack of response by other government forces during attacks, as well as crimes committed by armed militias, Human Rights Watch said.

The 2021 resolution in the UN Security Council renewing the transitional mission in Sudan also underscored the mission’s role in monitoring ceasefire violations in Darfur. On May 24, 2022, the special representative of the secretary general told the Security Council that following the submission of formal complaints from the parties, the Permanent Ceasefire Committee had opened an investigation into the events in Kerenik connected to its mandate. The findings of this investigation should be included in UN public reporting on events in Darfur, Human Rights Watch said.

In May 2020, Sudan’s transitional government pledged under a new national plan to protect civilians in Darfur, by deploying joint security forces and strengthening accountability. The national mechanism that was supposed to carry out the plan largely suspended its activities following the October 25, 2021 coup.

The UN mission should prioritize strengthening its capacity to fulfil its monitoring mandate before the situation in Darfur deteriorates further, Human Rights Watch said.

The UN Security Council Panel of Experts on Darfur, which is expected to present its interim report to the Council in July, should publicly brief the Council and the Council’s 1591 Committee, formed to oversee sanctions imposed over the situation in Darfur, on the dynamics underpinning violence against civilians in West Darfur. While such a briefing is not common as such, UN Security Council expert panels rarely make public presentations, the rules of procedure do not exclude it and the gravity of the situation warrants it.
The designated expert on the situation of Human Rights in Sudan, while discharging his mandate, should monitor abuses in Darfur and promptly visit the region, notably West Darfur. Sudan’s leaders should facilitate his work.

“Given the international community’s decision to prematurely pull protection forces from Darfur, they should ensure that the UN system has the means and political backing to enhance its reporting on attacks on civilians in the region,” Osman said. “The hope for stability in Darfur hangs on efforts to ensure that countless grieving families, and people who have lost everything, can obtain protection and justice.”